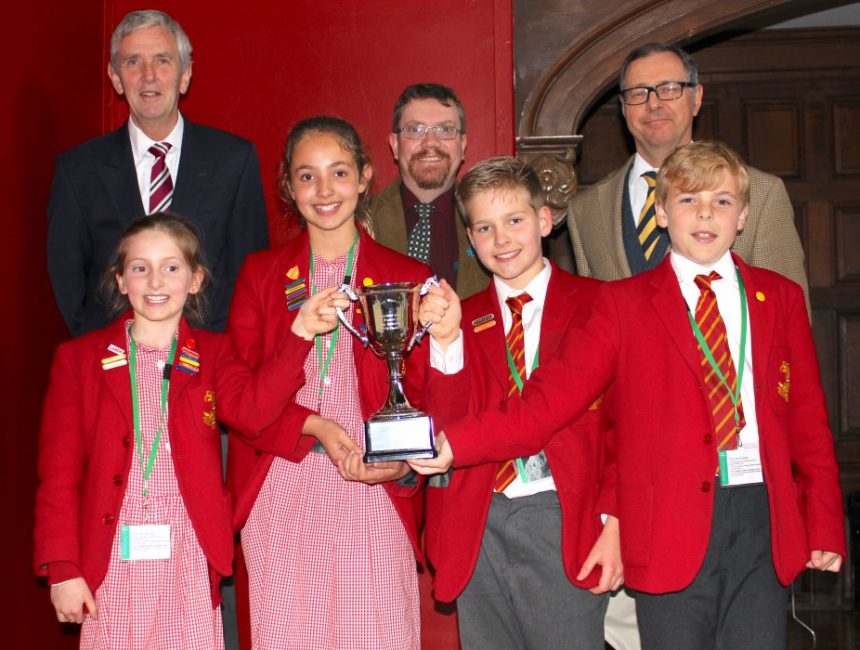 With egg capsules falling from orbit, it's fair to say that the second Haileybury STEM Challenge was a cracking event.

It involved a bunch of budding scientists from nearby schools and a jam-packed day of activities, including the ‘egg drop’ – a test of how well teams could use air resistance.

The theme was all things space, so the pupils also programmed a robot to complete a course and filtered ‘Mars water’ through a series of materials and chambers.

Thirteen schools took part and in a closely-fought contest, Westbrook Hay School from Hemel Hempstead (pictured) were crowned the winners.

Michael Moss (back row, centre), the school’s head of design technology, said: “It’s absolutely fantastic – a great example of our teamwork and all credit to my colleague Mrs Harris, who's head of science.

“It has an enormous impact on them in terms of confidence and seeing a much bigger school, working together, in unfamiliar surroundings.

“It’s more than just a day out – it’s enrichment.

The victorious team consisted of Emma, Freddie, William and Verity.

They described it as ‘fun’, ‘a nice thing to do’ and a ‘good way of learning’.