Victorious chemistry crew in their element 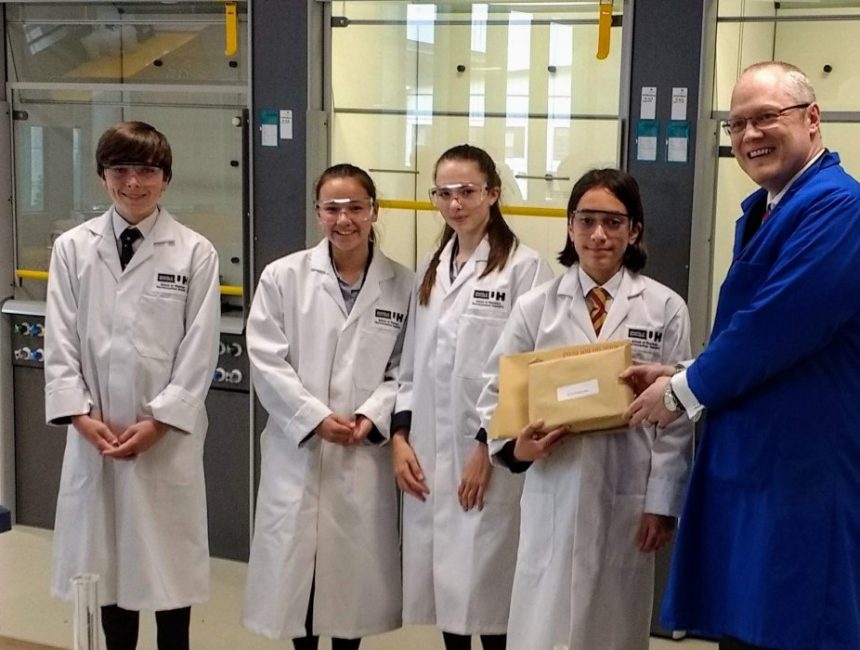 A group of young chemists from Haileybury have won a schools competition which involved pupils from across Hertfordshire conducting a series of laboratory tests.

Ege, Henrick, Alice and Martha, all aged between 12 and 13, impressed the judges with their knowledge and attention to detail during the experiments.

It was the first time that the Lower School pupils had attended the Salters Festival of Chemistry, hosted by the University of Hertfordshire.

And they found a solution to come out on top, winning the chemistry challenge award and also ‘best team overall’.

“We were so proud of them,” said Haileybury chemistry teacher Rosie Myers, who entered the team.

“When they go out and about, our students are always polite and they show our values as a school.

“One of them was even talking to a CEO of a big company, engaging with what they were saying.”

She added: “They worked really well as a team so it was nice that they won – they all had a great day as well.”