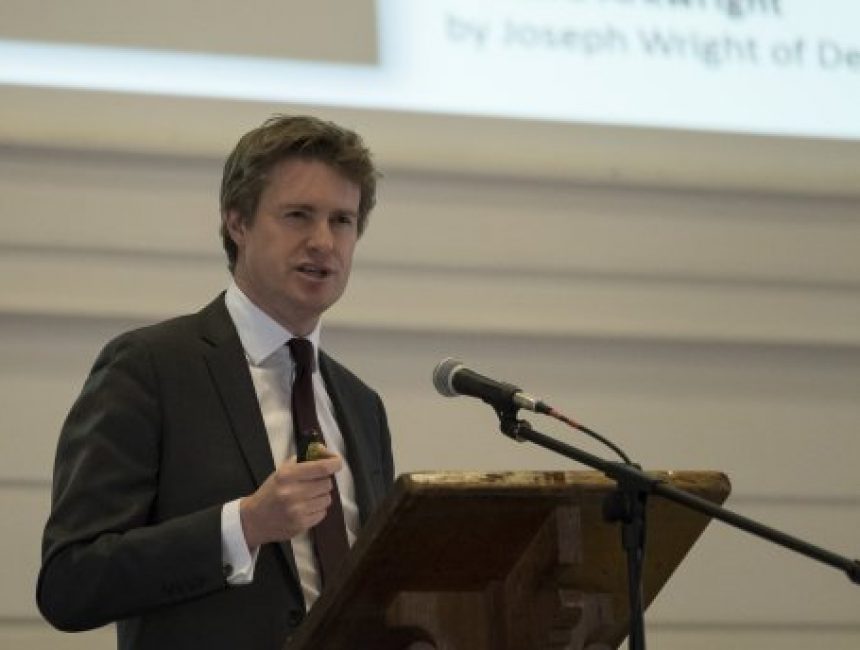 Dr Hunt, who as well as being an MP is a writer and historian, gave the College’s annual Attlee Memorial Lecture, which has been running for 30 years and honours one of Haileybury’s most distinguished former pupils, Clement Attlee.

Attlee was elected as prime minister just over 70 years ago and his period in office shaped much of post-war British history. Previous Attlee Memorial lecturers have included former prime ministers Harold Wilson and Edward Heath, as well as other prominent public figures such as Michael Howard and Michael Portillo.

During his lecture Dr Hunt spoke to pupils about Victorian perceptions of character. Using portraits of key figures such as inventor Richard Arkwright, philosopher Thomas Carlyle and politician William Gladstone he talked about how society’s perception of character has changed over time to the modern day.

He said: “Each generation and era rediscovers and reconstitutes its idea of what a noble character is. The difference now is our level of insight into science and technology. Victoria Wood is widely regarded as a wonderful character – achieving great things and being generous and warm spirited.”

There was also a question and answer session during which pupils had the opportunity to quiz him on issues ranging from the ideal age of a prime minister to the perception and role of politicians in the digital and celebrity age.

He said: “Charisma is important in politics – stardust is important. In a media age the reach of imagery and charisma is more powerful. In the House of Commons you also understand and appreciate charisma. It is not just on TV that you need charisma; you need it in parliament too.”