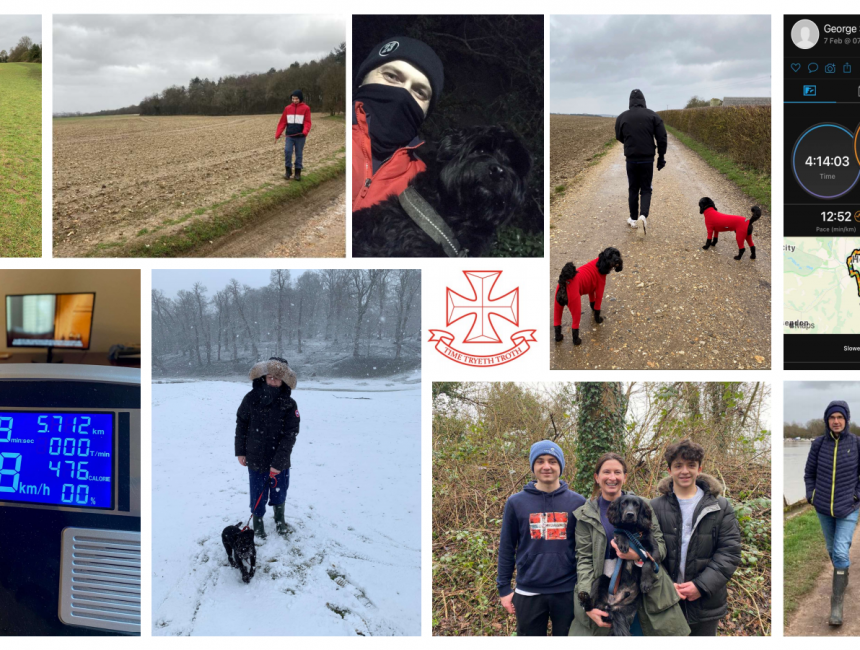 Over the weekend, Trevelyan House walked and ran a staggering 1331 miles in a bid to raise £1500 for the Haileybury Youth Trust. Organised by their HM Mr Seccombe, pupils, family members and staff members completed the challenge over a two-day period, each contributing to the mileage. Not only did they exceed 1000 miles, they also beat their £1500 goal, raising a total of £2,875.

“Given we are all stuck at home, there was no reason we couldn’t do something together. So coming together as a House (both pupils and staff) to walk 1000 miles in a weekend and raise money for such a worthwhile charity felt like a great way to come together even though we are very much apart. The weather was pretty awful, but I’m really pleased we persevered and reached our target.” Said Mr Seccombe.

The money raised will be given to the Haileybury Youth Trust, supporting their fantastic efforts in Uganda. Trevelyan has previously donated a water tank to the trust in 2011; therefore felt it was time to give another one. Their incredible achievement and generosity means that Haileybury Youth Trust will be able to provide a 20,000-litre rainwater tank (the Trevelyan Tank), to a school for South Sudanese refugees living in Bidibidi refugee settlement, with the funds raised. 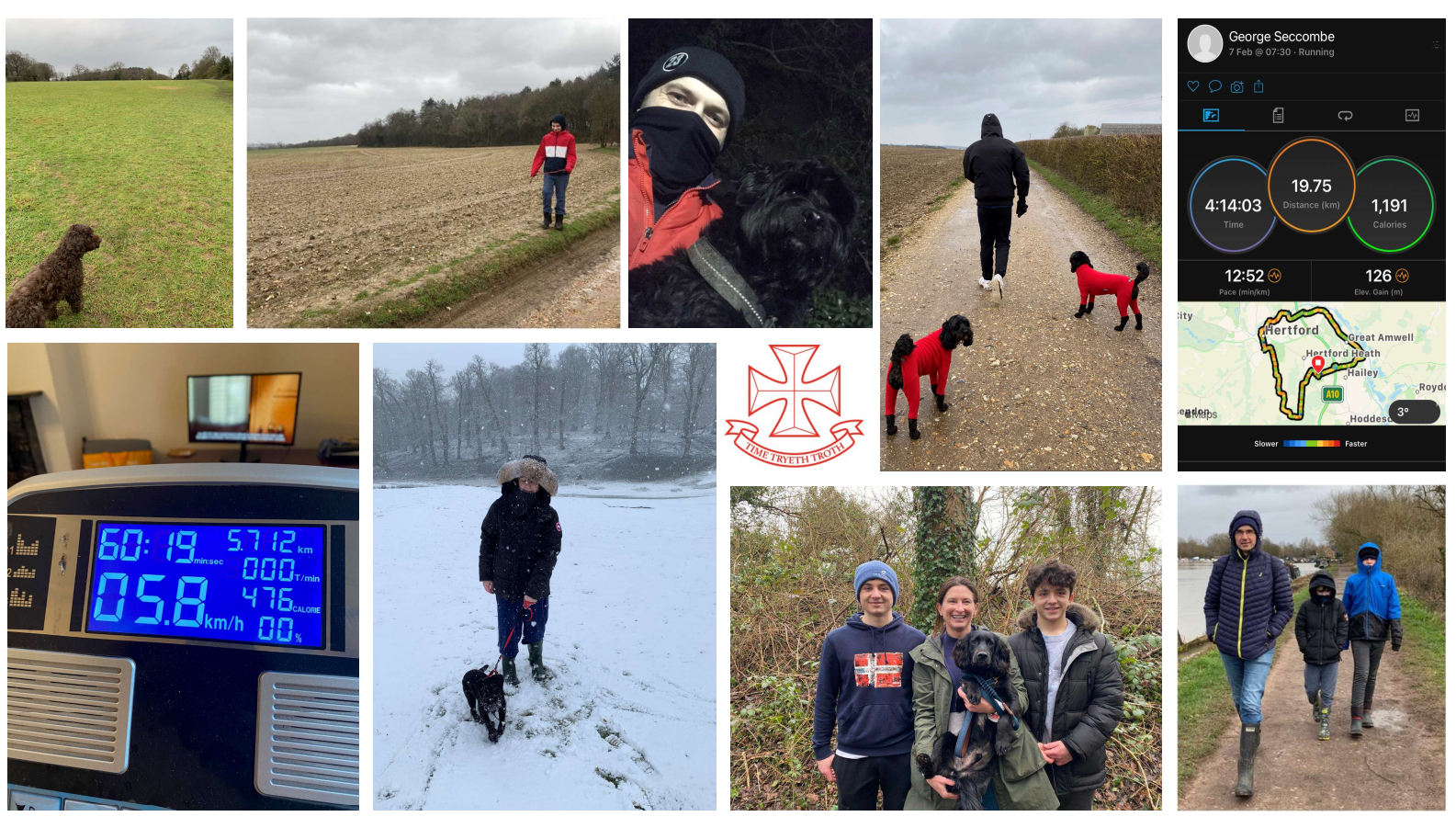 Bidibidi is Africa’s largest refugee settlement and the second largest in the world, therefore the rainwater tank will give clean water to pupils within the school, preventing them from having to walk long distances to collect water. Alongside the rainwater tank, the money will allow 5 refugees to train in construction.

Many came together to take part in the challenge, with one family completing a jaw-dropping joint total of 84 miles! Others included totals of 61 miles and 55 miles, but every step walked or ran drove Trevelyan to their grand total. When asked why he took part in the challenge, Upper Sixth pupil Jack said: “As soon as I found out it was for Haileybury Youth Trust and for such a vital resource such as water, I was compelled to contribute. Service to others is one of our core principles as a school; therefore, the opportunity to help those less fortunate was not an opportunity to pass up on.”

Whilst many decided to walk, Upper Sixth pupil Alex also ran and he felt that the challenge was a good way of encouraging people to get outdoors.

“I ran on Saturday in the park and had a walk on Sunday with my family. I can confidently say it is hard to get up and running after a few months and New Years’ but once you’re out and about it feels relieving.”

The Trevelyan tank is just the start of Haileybury Youth Trust’s wider plan of building 50 tanks in 50 schools, as part of its 1 million litres campaign. Watch out for more to come on this.