‘Treasure Island’ – What a treat! 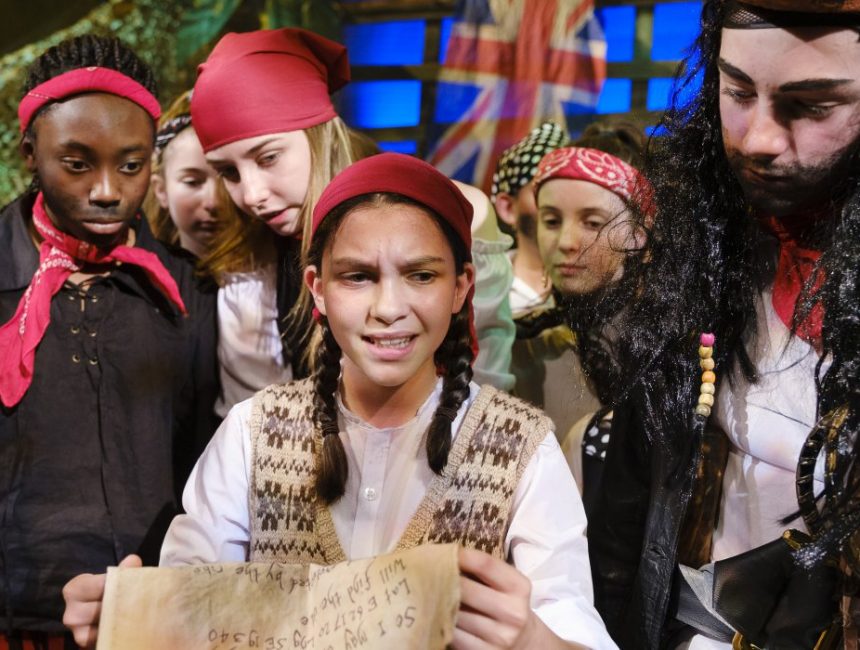 Over the past term, no less than fifty-four Lower School (Year 7 and 8) pupils, under the guidance of Miss Katie Crossley, have embraced the swashbuckling thriller that is ‘Treasure Island’. With its multiple exotic locations, starry skies, pirates, ghosts and even parrots, it represents a not insignificant technical and acting challenge, but the Lower School and production team have certainly risen to meet it.

Robert Louis Stevenson’s story of murder, money and mutiny is brought to life in a thrilling new stage adaptation by Bryony Lavery, which premiered at the National Theatre in 2014. Lavery redresses the gender balance while preserving the narrative’s excitement. In this production, the central character ‘Jim Hawkins’ is a ‘Jemima’ who defiantly asserts ‘girls need adventures too, Mrs Hawkins.’