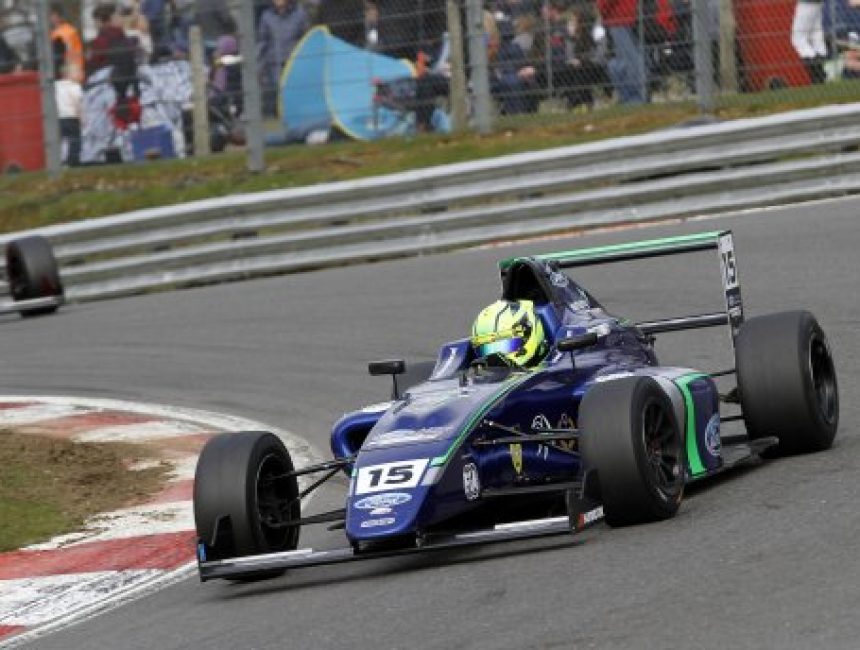 Racing driver and pupil James Pull finished on the podium three times in the opening weekend of his MSA Formula campaign.

James, who is in our Fifth Form, was third in each race, which took place at Brands Hatch in Kent.

James, who races for Carlin, is now second in the Championship standings and just five points off the leader.

He said: “It was a good, solid start. We didn’t win the battle, but it’s about the war. It’s about looking long-term at the whole season.

“Three podiums on the opening weekend was a really good effort. It sets me up nicely for the rest of the season and gives me lots of confidence going forward.”

Congratulations James and best of luck for the rest of the racing season!