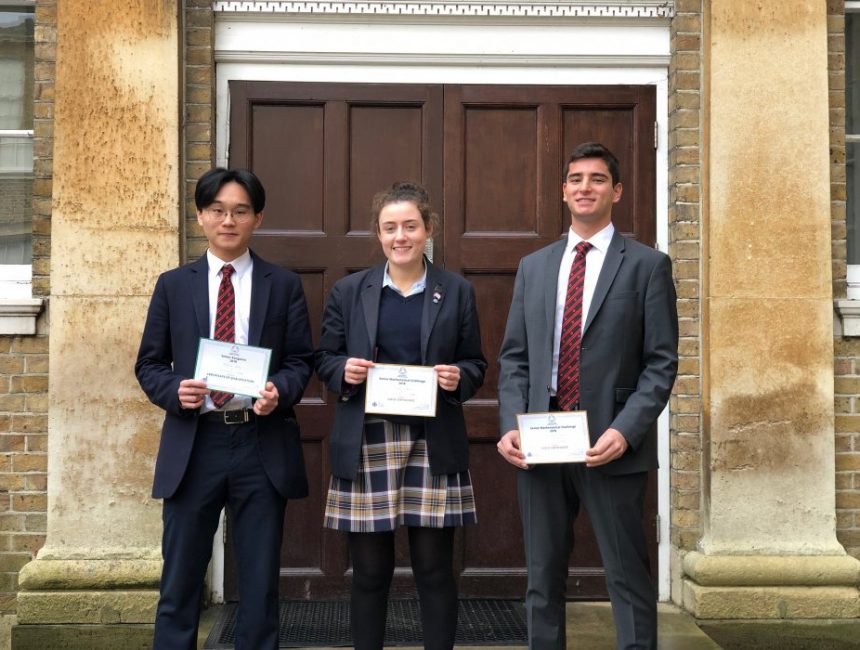 At the end of last term, three of our pupils have been awarded Gold Certificates on their successful results in the UK Mathematics Trust (UKMT) Senior Mathematics Challenge.

Jeremy and Alessandro, Upper Sixth form pupils and Nadia, a Fifth form pupil have all received their Gold Certificates and are absolutely thrilled. Jeremy was also awarded for being best in the school.

In addition to the individual challenges, the school finished 5th out of a total of 25 schools in the East of England heat of the Team Maths Challenge. The talented team contributors were Morgan and Ashleigh from Lower Sixth and Mark and Jeremy from Upper Sixth.

The Senior Mathematics Challenge is a national competition organised by the UKMT annually and is aimed at 16-19 year old pupils. The aim of the competition is to encourage mathematical reasoning, precision of thought, and fluency using basic mathematical techniques to solve problems.

Well done to our Gold Certificate winners and wishing the very best of luck in their future maths competitions!