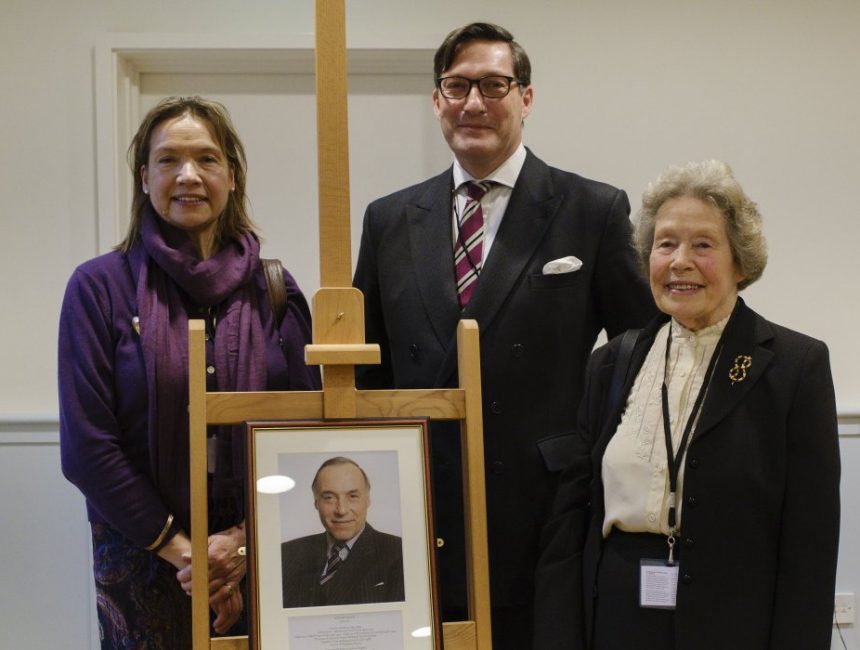 We are pleased to have officially opened our new Sixth Form Centre and refurbished suite of meeting rooms; The Galpin, Scott, Macleod and Gatenby Rooms on Friday 7 December.

The Sixth Form Centre is a dedicated space for our A Level and IB pupils to come together beyond Houses, creating an atmosphere more akin to university. The main work space is designed for collaborative learning and to encourage a sharing of work habits. It also supports the development of classroom learning towards personal projects, connecting with other pupils or via video conferencing with those in partner schools, locally and globally.

The Sixth Form centre is also home to our dedicated careers department that offers support to pupils with their UCAS application and personal statements as well as advice to those applying to universities in the USA and Europe.

On the opening day, Alan Pilgrim, Chairman of Council and Haileybury Council members warmly welcomed Mrs Sylvia Galpin, her son Paul and daughter Fenella to unveil a photograph in honour of her late husband Rodney Galpin (M45) in recognition of his huge contribution to the school, as a Life Governor and both President and Trustee of the Haileybury Society.

The meeting rooms were all named after key council members, all of whom had given above and beyond to the school:Jean Scott, who was instrumental in the foundation of our schools in Kazakhstan; Donald Macleod (A50) who served on council for eighteen years and was also both President and Trustee of the Haileybury Society; andMichael Gatenby (K58) who was Treasurer and also Chairman of Council.