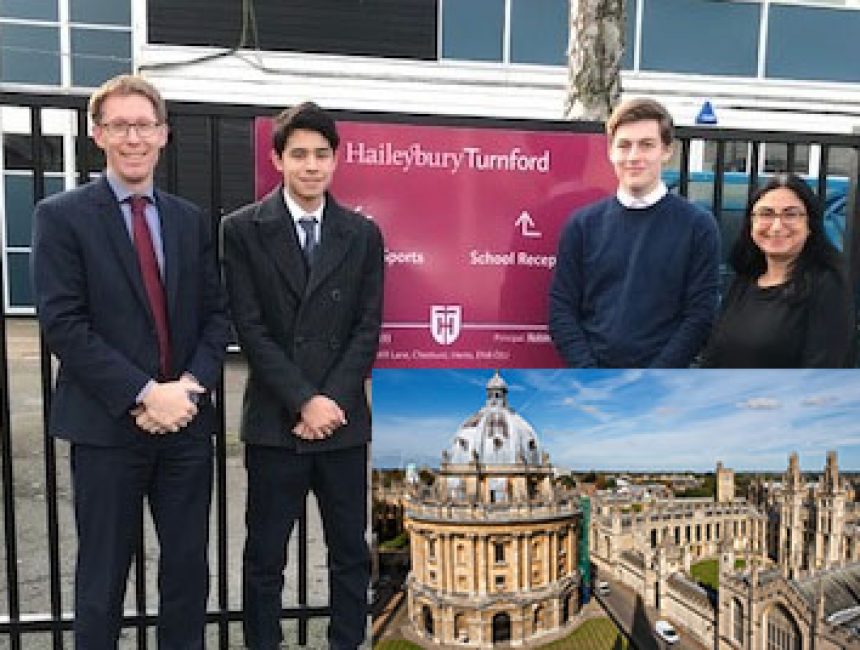 A former Haileybury Turnford pupil who started at Oxford university this week says application workshops organised by the school were invaluable.

But the application process was made considerably smoother thanks to workshops held at partner school Haileybury.

“They were a great help,” said John, who grew up in Cheshunt. “They prepared me well and gave me a good insight into the process, which at the time was quite foggy.”

John’s first week at Sommerville College has involved a series of inductions and getting used to his new surroundings.

With lectures yet to begin, John’s made the most of some free time by visiting the Ashmolean Museum and getting a feel for the historic city.

“It’s when the architecture starts changing,” he said. “That’s when you feel the aura.

“My college is one of the furthest ones from the city centre, so I can walk a lot and enjoy the architecture which really stands out to me.”

Another former Haileybury Turnford pupil, Liam Kline (pictured second from right with Head of Sixth Form Navpreet Shivalkar) has just enrolled at the University of Cambridge to read English.