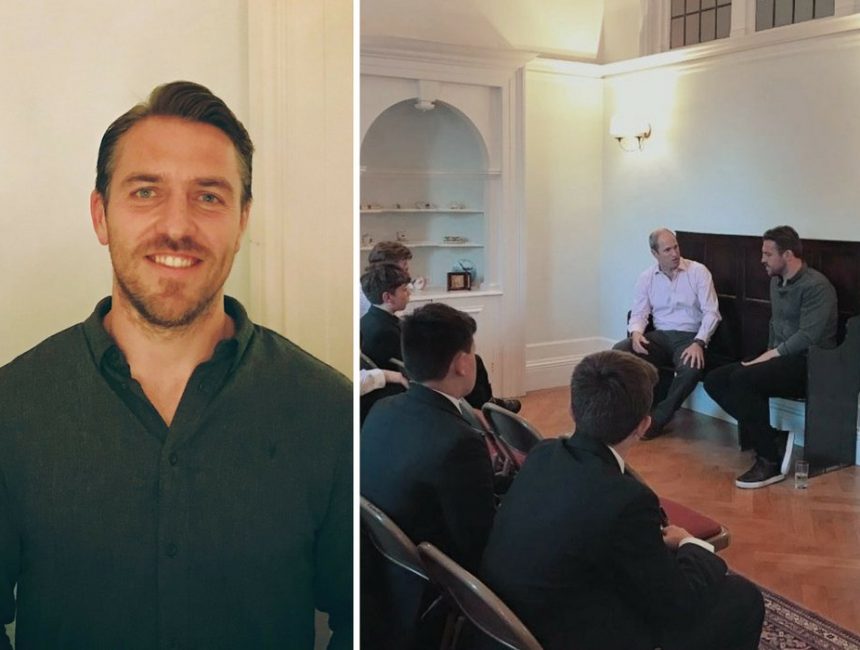 The next generation of Haileybury’s rugby players had the chance to hear from Old Haileyburian and rugby star Chris Wyles yesterday evening.

Chris returned to his former school to talk to pupils and answer questions.

He spoke to rugby-playing pupils from all year groups about his school days and journey from playing school and university rugby to playing for Saracens and the USA.

Since leaving Haileybury, Chris has had a stellar career as a professional rugby player.

He joined Saracens in 2008 and is one of the club’s most capped players, having made over 200 appearances and scored more than 60 tries.

American-born Chris has also had huge success internationally; he has been captain for the USA and is the US’s most capped full back. He represented the USA at three Rugby World Cups (2007, 2011 and 2015) and at the Rio Olympics in 2016.

His visit yesterday was a superb opportunity for our pupils to get inspired and to learn from the experiences of a top international sportsman.

Rugby has flourished at Haileybury in recent years under the expert guidance of our Director of Rugby Michael Owen (ex-Wales and British and Irish Lions Captain), with pupils of all ages playing the sport.