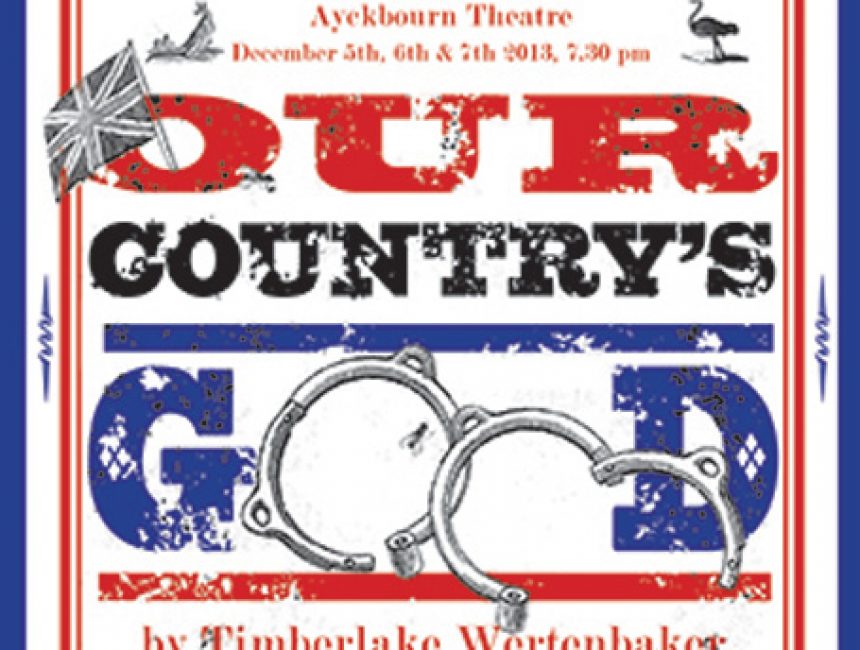 'POM' is a term used (mostly affectionately) by Australians when referring to the British. What is less well-known, perhaps, is that it stands for "Prisoners of His Majesty", convicts who were sent to the penal colony of New South Wales in 1788, in part as a resolution to the social malaise of overcrowded 18th Century prisons and in part for colonial expansion. Separated from home by a seven-month sea voyage, the convict rabble were brutalised, desperate and starving, yet had to set up a new life in an oppressively hot, alien environment. For the Aboriginal Australians, the white invasion heralded the decimation of their people, the destruction of their culture and the loss of their sacred land.

Wertenbaker's play is richly warm, funny and thought-provoking as it explores the civilising effects of the arts and the ability of theatre in particular to help both individuals and societies transcend oppression.

Contact the Box Office for your tickets now to book online, by email: boxoffice@haileybury.com or telephone: 01992 706355

(Please note that priority will be given to Haileybury parents).