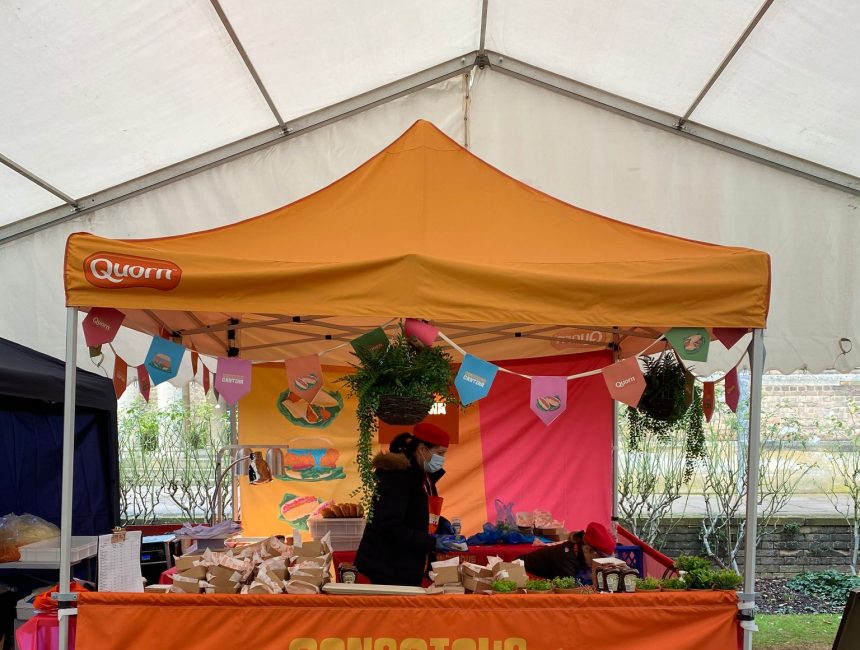 For one day only, Haileybury welcomed the Conscious Cantina pop-up onto the grounds, to introduce a new potential Quorn addition to the menu. The socially distanced pop-up was stationed outside of the dining hall and pupils were able to grab a sample of the ‘No Fowl Play’ burger before heading for lunch. The burger was made using a Quorn buttermilk burger, vegan cheese, raw slaw and was topped with vegan mayonnaise and BBQ sauce. 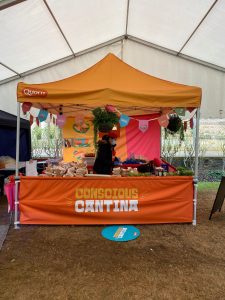 Over the next few months Haileybury is looking to add more meat-free options to the menu. The pop-up enabled the catering team to get feedback from the students to see if this is a suitable option to be included permanently. When speaking to Upper 6th student Salima, she said, “I didn’t know what Quorn was before, it’s really nice.”

Adding vegetarian and vegan options will encourage pupils to widen their food choices and experiment with healthier options; without compromising on the taste. It will also allow Haileybury to make another conscious change in terms of sustainability, reducing our carbon footprint further. 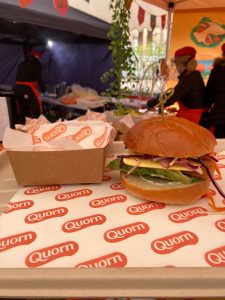 Making the switch to vegetarian and vegan foods can appear to be daunting, but with the vast variety of tasty choices available, we are trying to make it easier for pupils to transition if they want to. Zoe from Removes mentioned, “I’ve had Quorn before, this is a lot better (than a meat burger), it’s really good.”

Now more than ever, we need to be conscious of our impact on the planet. We are excited to see how our pupils take this opportunity to broaden their food choices and experience new flavours and ultimately reduce their impact on the environment.