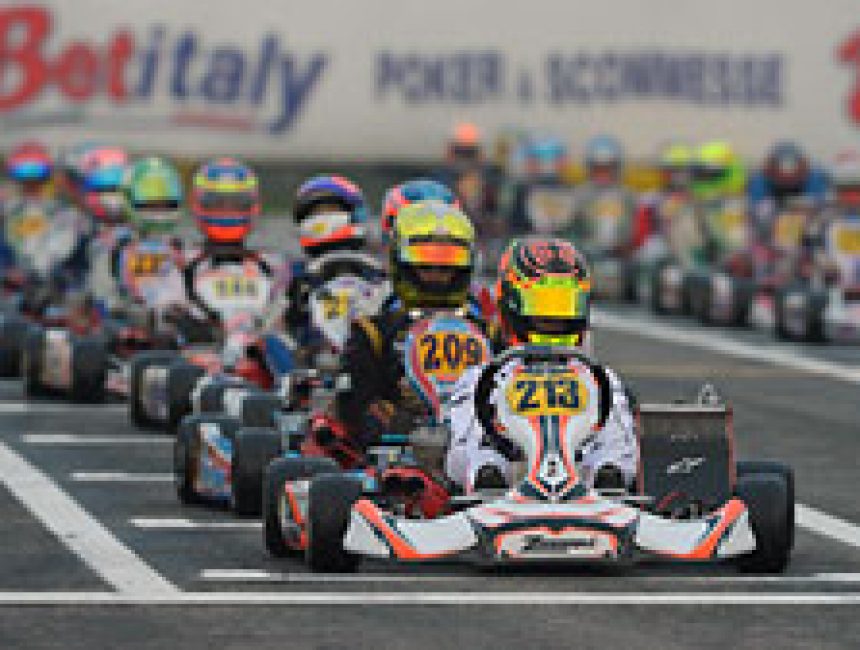 Middles (Year 10) pupil Callum Ilott had a busy half term, spending ten days of the holiday racing in the karting CSAI Italian Championship and the WSK Finals Cup.

After winning the WSK Master Series and Final Cup in the juniors in January, this season Callum has been competing in senior races.

Callum’s mother, Jane Eyes, was there to enjoy his victories: “In the final round of the CSAI Italian Championship he finished 4th overall for the season. This weekend he was at the WSK Finals Cup, which is probably the biggest one off race of the year. He qualified Pole, had an up and down day in the heats on Saturday in damp weather with a greasy track, but led the Prefinal from 6th to finish first, started the Final on Pole and won by a significant margin.”

Haileybury will continue to follow Callum’s motorsport progress and support his GCSE studies alongside a busy racing schedule.