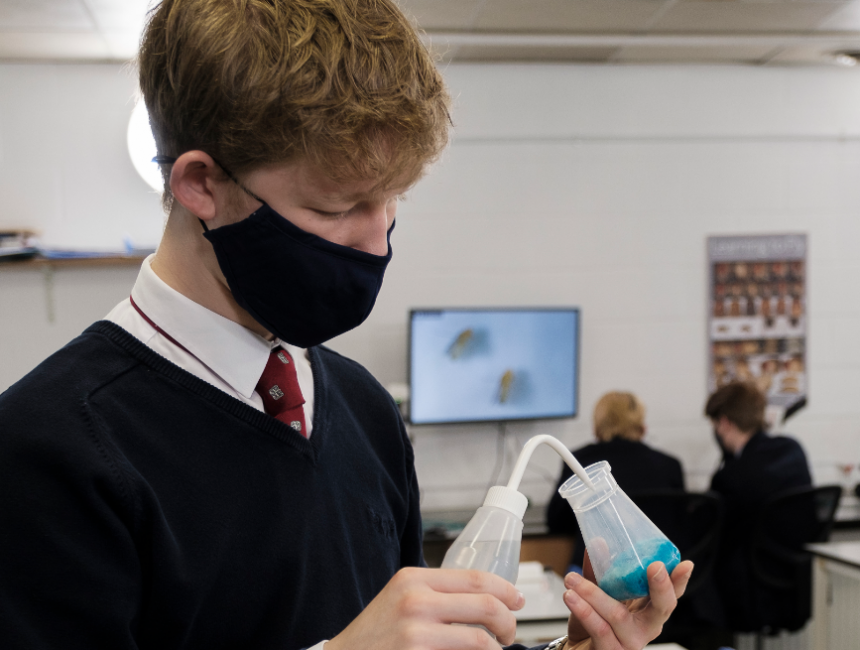 This term, two of our Lower Sixth pupils, Rollo and Chris, were crowned the top team in the East of England in the Royal Society of Chemistry Schools’ Analyst Competition. Along with our six other Haileybury teams competing, Rollo and Chris showcased their exceptional talents in analytical science, achieving their impressive victory against 200 other schools across the UK.

The annual national competition is organised for Year 12 pupils across the nation studying Chemistry, providing the opportunity to show off their knowledge, skills and aptitude for analytical science, while giving the budding scientists the chance to experience chemistry beyond the classroom. The practical competition was based on the background story of a fictional town that had an oil spill, with the contestants required to identify the ions in three different barrels through the different methods of a flame, chromatography and a solution test. 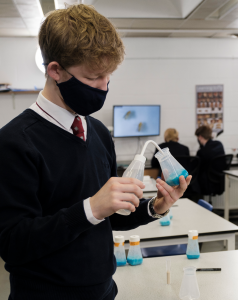 The variety of tasks tested how well the pupils learn in the classroom, with familiar tasks such as titrations. However, some of the tasks were designed to test their natural talents with unfamiliar topics, with Chris commenting that, “the practical’s were definitely more challenging because they required a much higher level of accuracy and precision”. One area of the competition that the boys found particularly challenging was the precision required with the thin layer chromatography, which saw Chris and Rollo restarting the task again.

However, despite the challenges, they very much enjoyed the experience of working independently as a team, with very limited involvement from teachers. Rollo said, “what was great about the competition was that it was all self-directed. It was about you and your teammate working together and it was great for building resilience.” 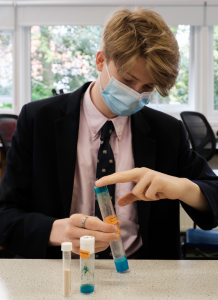 The competition was a fantastic opportunity for our pupils to apply knowledge and skills of analytical science to a scenario that has great relevance to current societal issues, highlighting how knowledge learnt at school can be utilised beyond the classroom. Rollo and Chris’ win shows not only their great scientific knowledge and skills but also a huge amount of perseverance and resilience. Congratulations, boys!

Haileybury school in Malta given go ahead