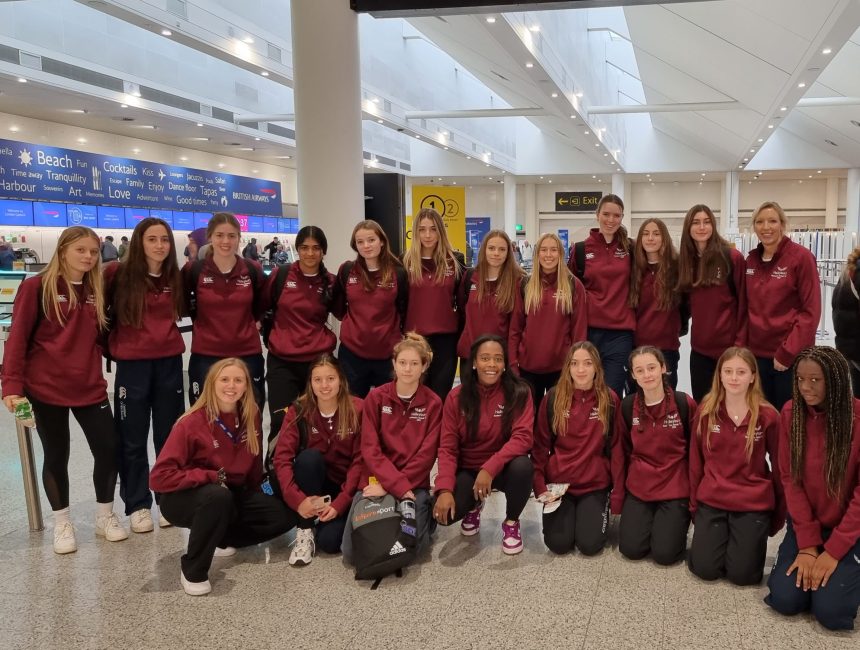 On Friday 9 December, 17 pupils departed on a Netball tour to Barbados, where the two squads played a total of eight matches.

The tour began with a fantastic technical session led by the Barbados Netball Association. The pupils quickly adjusted to the physicality and the tough Bajan style of play. Fixtures were played against Clapham Blitz, Unity Stars, Springer School, Christ Church Foundation School and Queens School. 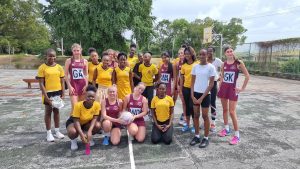 The senior team won all of their matches, including a big 48-15 win against Christ Church, and the junior team enjoyed a nail-biting 14-14 draw against Clapham Blitz. Congratulations to Brogan, Lucy, Daisy, Fenella, Sasha and Annabelle on their Individual Player of the Match Awards.

On rest days, the pupils were able to relax by the beach, go on a Jeep Island tour, enjoy a catamaran cruise and have lunch at the Island’s favourite fast food restaurant, Chefette. 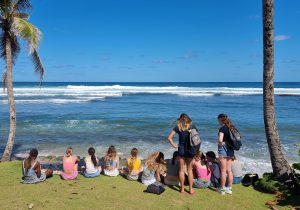 “We went to Barbados for one week but the memories I made will stick with me for the rest of my life. The opportunity to play against local teams was extraordinary and I have made friendships which I am grateful for. Once again I noticed how sport, especially netball, can unite teams from different parts of the world. The girls we played showed excellent sportsmanship and were as excited as we were to play the matches. Beyond the netball, visiting a new country and getting to know a new culture was astonishing. Our tour guide, Junior, was very kind and made this trip unforgettable as well as all the teachers who gave up their holidays to come along with us!” – Cecilia, Lower Sixth 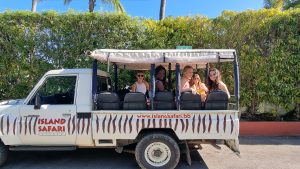 “Barbados was a trip filled with lots of fun and laughter! We all enjoyed ourselves so much and really bonded with all the year groups and teachers. We met some amazing people and did some incredible things, like swimming with the turtles, a jeep safari and much more. The Bajan girls were so lovely and welcoming and it was amazing to see their day-to-day lives and play netball with them. I will never forget this incredible experience. I am beyond grateful for everyone that made this once-in-a-lifetime trip possible.” – Fenella, Lower Sixth 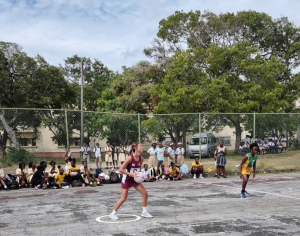 “The Barbados tour was such an amazing experience, it allowed us to play matches under different, tougher weather conditions which pushed us as a team and allowed us to develop further as players. The tour also involved activities such as the Jeep safari tour and a catamaran cruise which were both really enjoyable and great ways to relax in-between matches.” – Mahum, Lower Sixth 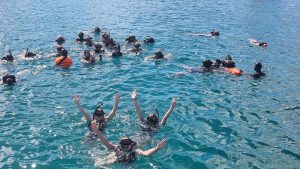 “Not only did I absolutely love playing the netball, the Barbados trip allowed me to meet and socialise with a range of new people. One of my favourite experiences was visiting the schools there and talking to the pupils. They were so welcoming and friendly; we talked for ages and exchanged numbers at the end.” – Annabelle, Lower Sixth