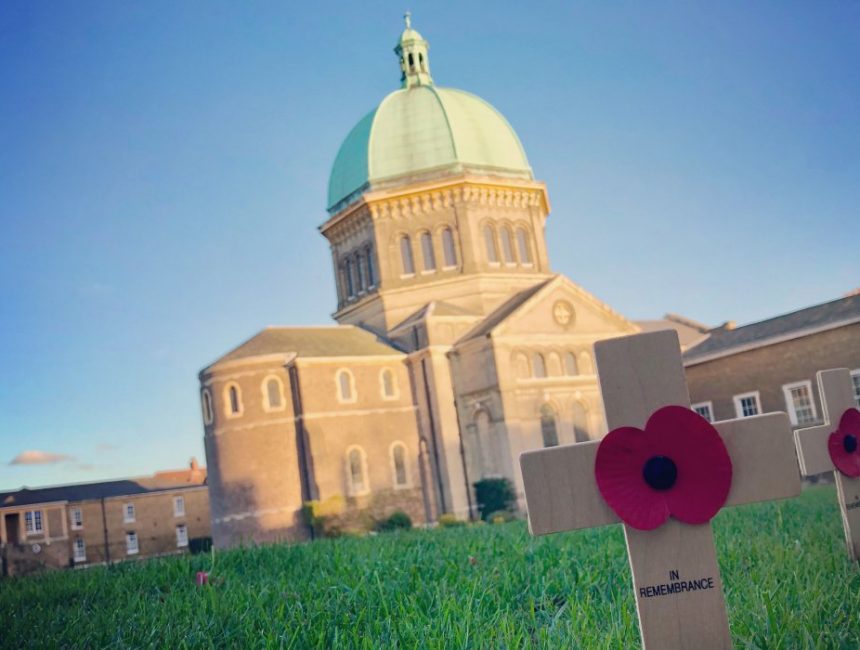 Yesterday, 11 November, the Haileybury community, consisting of pupils, staff, parents, Old Haileyburians and governors, gathered together to honour and pay tribute to those who have lost their lives.

On the centenary of Armistice Day, following a special service in Chapel, the congregation gathered around the Quad for the Act of Remembrance. Wooden crosses carrying the names of the 740 former pupils of Haileybury, who died in the Great War, were planted before the laying of wreaths on the Cross of Sacrifice by the Master, Martin Collier, as well as by others from the Haileybury community.

In total, more than 1,100 Haileyburians have known to have died in both, World War One and World War Two.

The Act of Remembrance also included a two minute silence, and a parade by the members of the Combined Cadet Force (CCF).