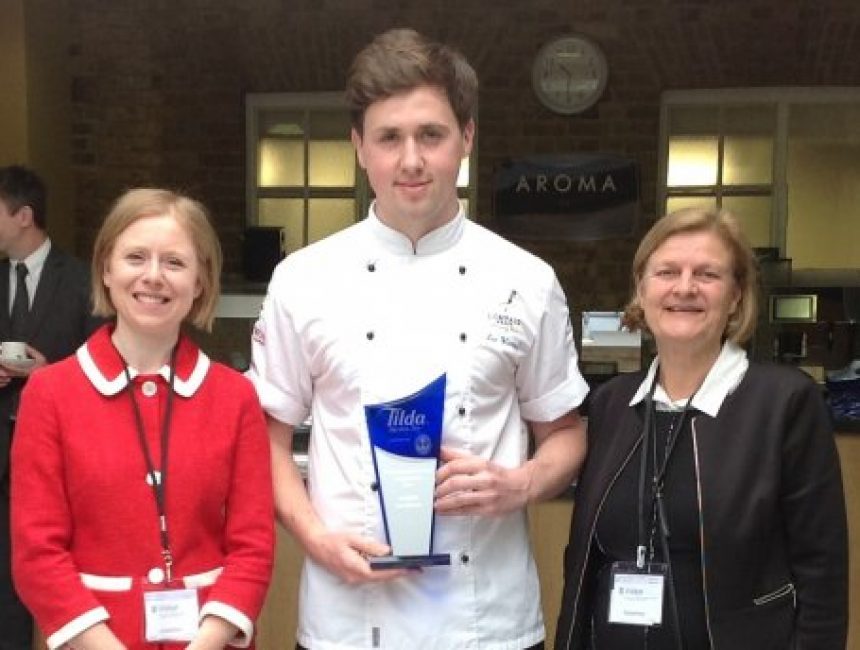 We are very proud of our Functions and Hospitality Chef, Lee Warren, who has been crowned ‘Tilda Chef of the Year’.

Lee, who has worked as one of Haileybury's Chartwells chefs for six and a half years, won the title last month at the Live Theatre at Hotelympia, the UK’s largest food service and hospitality event.

He had just 60 minutes to prepare, cook and present two servings of a main course dish and dessert using Tilda rice.

His winning menu was a Jamaican pork main course with rice and peas, followed by a dessert of pineapple and coconut crumble with caramelised Tilda Fragrant Jasmine rice ice-cream.

Lee was presented with his award at Haileybury on Thursday 7 April by Karen Goff, Tilda’s Regional Sales Manager.

His catering colleagues attended the presentation to support him, along with the Managing Director of Chartwells Independent, Alice Woodwark.

Karen said: “Congratulations to Lee – it is a really difficult thing to cook two dishes with rice and to have variety. The judges were amazed by his dishes. The standard goes up and up every year! It has been lovely to come to Haileybury and see the support he has here.”

Lee, who has won a two day culinary trip to the Po Valley in Italy, home of Tilda’s Arborio risotto rice, said: “I am really pleased – it felt great when they announced my name. I am looking forward to the trip to Italy in September and learning about Arborio rice.”