Haileybury celebrates record A* grades at A Level - Haileybury

Haileybury celebrates record A* grades at A Level 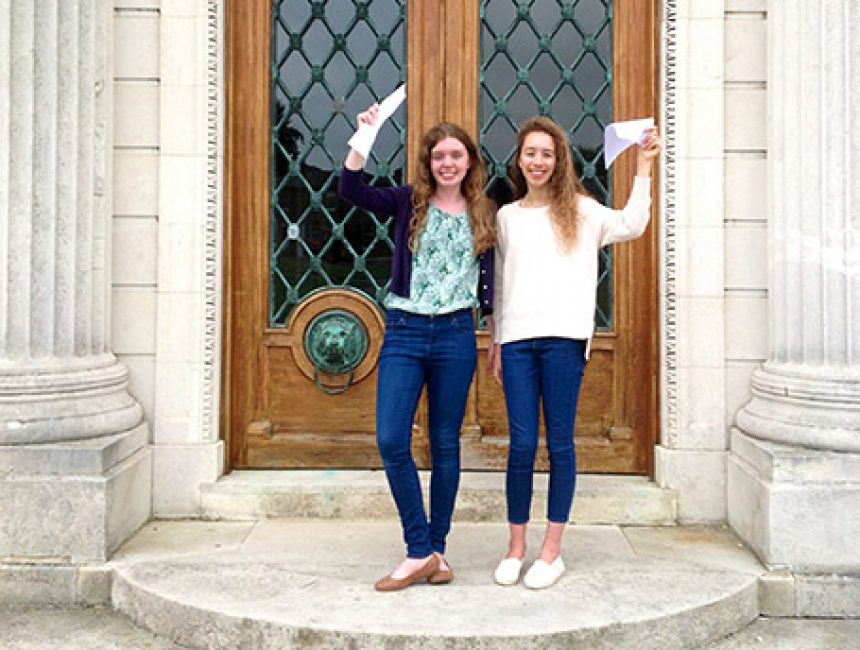 Haileybury is deservedly celebrating excellent A Level results today (Thursday 13 August). Over half the grades were A* or A with record numbers of top grades. Pupils achieved the highest ever number of A* grades in the school’s history, with 58 A*s in total.

When combined with the College’s outstanding IB Diploma grades, from July, the class of 2015 have produced Haileybury’s best ever results with nearly 60% grades at A*A or equivalent.

Over one third of the year group obtained at least 3 grades at A or A* level and 8 individuals obtained 3 or more A*s. Eight of the cohort will be going on to read a variety of courses at Cambridge and Oxford Colleges whilst other students will be heading off to other elite institutions including LSE, Imperial, Bristol and Durham University.

Simon Smith, Deputy Head (Academic) said: “However, the College also recognises the more widespread success of all our pupils and not just the more headline grabbing stories; each individual is celebrating their own personal triumphs. These grades have been achieved across a range of traditional and demanding STEM (Science, Technology, Engineering and Maths), Language, Humanities and Creative A Levels and they reflect the pupils’ tremendous efforts, the passion and professionalism of the staff and the support of our parent body.”

The Master, Joe Davies said: “I would like to congratulate all of our pupils for achieving such a fantastic set of results. This year group has contributed so much to the sporting, dramatic and musical life of the College; they deserve enormous credit for reaching such high academic standards too. They are proof that one can balance success in both the curricular and co-curricular life of a busy boarding school.”