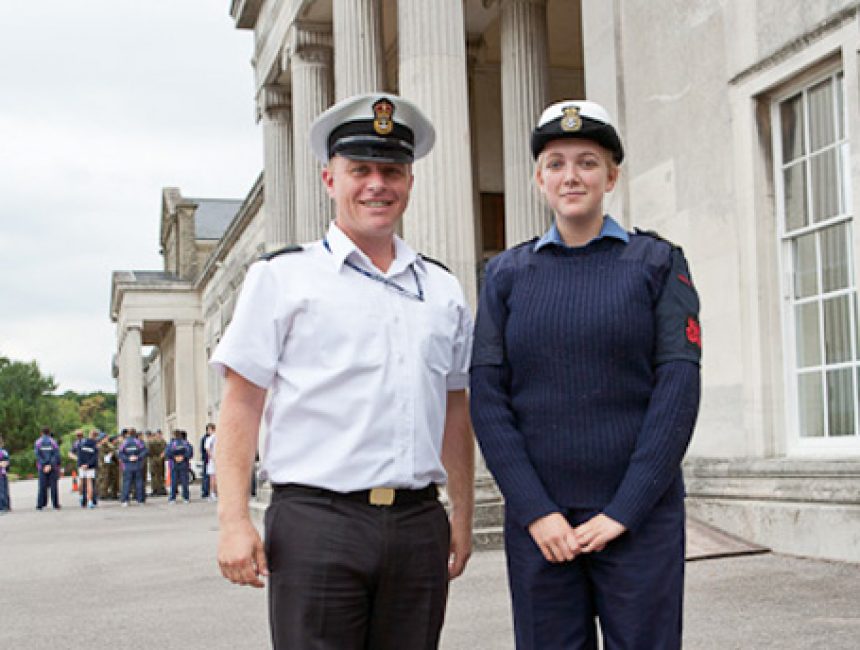 Sara Norris (U6, Ha) has become the most senior ranked cadet in the Royal Navy section of Haileybury's CCF. This month she was promoted to Cadet Petty Officer by Lt Col Charles Monk MBE, Contingent Commander Haileybury CCF and the College's Deputy Head (Co-Curricular).