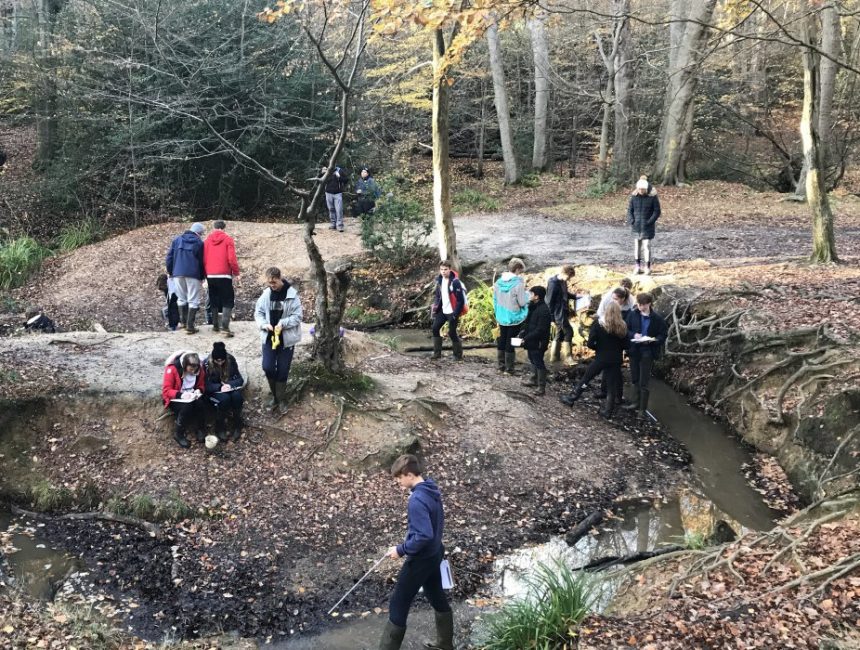 Lower Sixth A level Geographers have completed a day of fieldwork in order to enrich their classroom learning.

On Tuesday 13 November, the group travelled to Epping Forest where they completed a river study of Loughton Brook. Having just completed their river studies in class, this offered them a great opportunity to put into practice the methods they have learnt as well as the principles of river development they have studied.

As an introduction, pupils have tested the effects of different surfaces on run off and infiltration before testing the influence of vegetation density and type on interception rates. The group have made an observation that the river became wider, deeper and faster when untouched by humans until the point it reached a town. At this stage, it has been clear that human intervention was affecting the characteristics of the river and allowed an appreciation of the need to avoid flooding in built up areas.

The Lower Sixth A level Geographers complete 4 days of fieldwork during the course, with the 3 remaining days due to cover settlement, microclimate and flooding fieldwork in South Oxfordshire planned for late February.