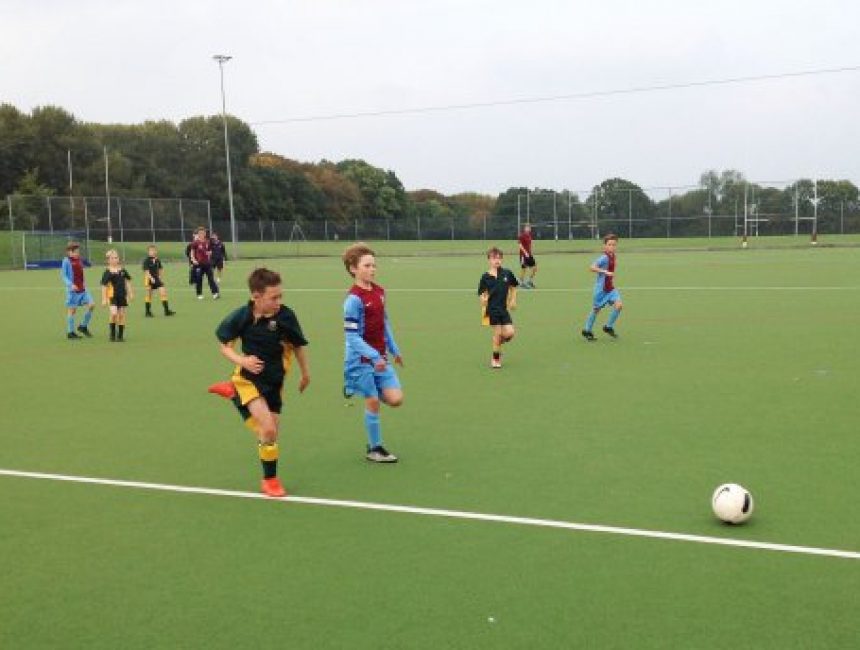 The footballers of the future took to the pitch in our first ever U11 Prep School Football Tournament on Wednesday 27 September.

The tournament was organised by our Master in Charge of Football, Mr Ben Sadler, and refereed by pupils from our senior football team, including Head of School James Clark.

The Man of the Match was Jake Collins from Duncombe.

Following match teas in the Dining Hall, the victorious Duncombe players were presented with the Winners’ Cup and medals by Haileybury's Master, Mr Martin Collier.

Thank you and well played to all the boys who took part.