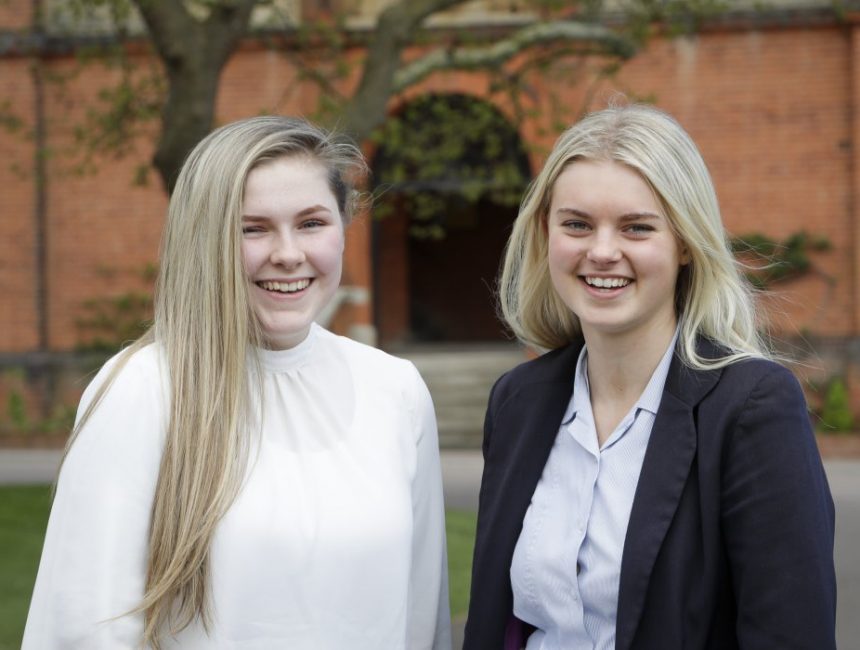 Two pupils – Year 11 pupil Lizzie A from Haileybury and Year 12 pupil Kyra D from Haileybury Turnford – have both won a ‘Pioneer Award’ from the Britain-Australia Society Education Trust (BASET).

It means Lizzie and Kyra will travel to Australia for free, and attend school at Haileybury Melbourne this summer for a month.

During their Australian adventure, the girls will be hosted by a Haileybury Melbourne pupil and their family and will have the opportunity to soak up life and culture ‘down under’.

The girls beat off tough competition to receive their awards; as well as submitting a personal statement they did two rounds of interviews.

“I am really excited,” said Kyra. “I am really keen to travel and I have always wanted to go to Australia. I did a project about it in Year 4 and that started my interest in the country. I am most looking forward to seeing what the way of life is like.”

Lizzie added: “I am looking forward to meeting new people and trying out different sports. I am also interested in the art; I am taking Art GCSE and studied the work of an Australian artist recently.”

Haileybury has sponsored Haileybury Turnford, an academy school located in Cheshunt, since 2015. The two schools work together in different ways and are committed to learning from each other and serving the local community.

Mr Matt Radley, a Housemaster and teacher at Haileybury who oversaw the girls’ applications for this opportunity, said: “We are delighted that Lizzie and Kyra have been granted this award. It will enable them to have a fantastic and life-changing experience in Australia, and also encourages links between Haileybury, Haileybury Turnford and Haileybury Melbourne. We are very grateful to BASET for providing this opportunity.”

“Kyra has done brilliantly,” said Haileybury Turnford Principal Mr Robin Newman. “To win such an amazing award is a big deal. She performed exceptionally well in her final interview to get it, so we’re really proud of her. And it’s another benefit to our students of our partnership with Haileybury. Our students already get extra teaching and interview practice to support university applications, a chance to try out the Combined Cadet Force and participate in Haileybury’s Model United Nations Conference, as well as being able to have access to world-class facilities. But the opportunity to go to Australia is up there with our greatest achievements together so far.”

BASET is a charity which supports young people from both the U.K. and Australia, allowing them to learn skills and gain experience which can make a difference in their lives and help them develop their full potential. BASET is associated with the Britain-Australia Society, whose patron is the Duke of Edinburgh.

Mr John May, Chairman of Trustees of BASET, added: “We are delighted that Lizzie and Kyra have joined the growing list of BASET award winners. Britain and Australia share a common heritage and an exciting future. We hope their experience this year can help them contribute to that future and further strengthen links between our two great nations.”

To find out more about BASET and the valuable work they do, visit their website: www.britain-australia.org.uk/baset