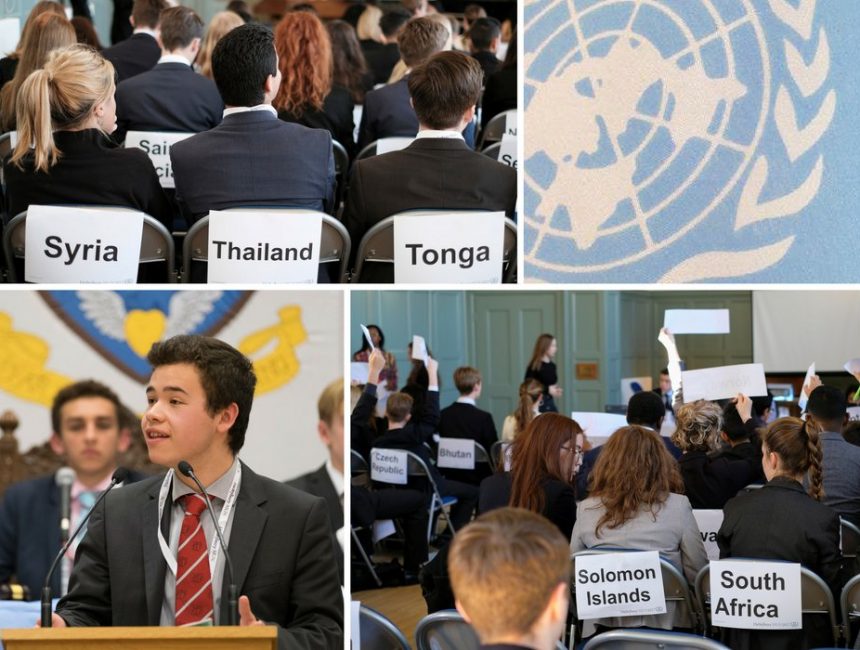 After months of planning, there is just one more day to go until pupils from around the world come to Haileybury for our Model United Nations conference 2018 (HMUN18).

One of the largest events of its type in the UK, we are looking forward to welcoming 600 visitors from three continents tomorrow (Friday 23 March). In addition, over 150 Haileybury pupils will take part.

The conference will unite young people from all around the globe. Delegates are coming from countries such as the USA, Saudi Arabia, Bahrain, the Netherlands, Turkey, France, Germany and Greece.

The three-day conference will also include a team of pupil roving reporters producing daily editions of the ‘MUNdayTumes’ newspaper, an Act of Observance and a delegates’ disco.