'We can achieve anything': Haileybury's trailblazing cadet hopes more girls will follow her lead - Haileybury

'We can achieve anything': Haileybury's trailblazing cadet hopes more girls will follow her lead 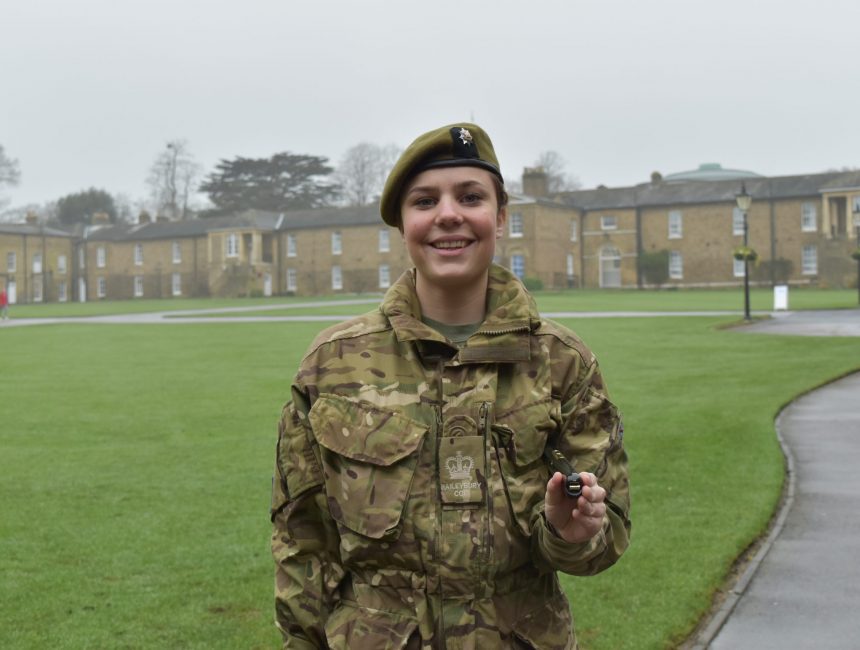 The first female Army cadet promoted to the rank of warrant officer in the school’s history says she hopes to inspire others.

It was a historic moment for Haileybury and a proud occasion for Arianna as she was promoted on first parade by the Master.

The Sixth Form pupil has now reached the highest possible rank and will go on to play a key leadership role for the organisation.

“To have such a high position in the CCF and to be the first female, it’s an honour you don’t have every day,” Arianna said.

“The school has always taught me the importance of service so getting such a high rank and being able to serve and keep serving in the future is great.

“It’s always been a school dedicated to serving with a great military history so being able to have this position is a really great honour.”

Arianna, who’s half Italian and half German, joined Haileybury in Middles (Year 10) and chose Adventure Skills as a co-curricular activity.

But she quickly realised that she belonged with the cadets. “I liked the discipline, I liked how smart they looked and I thought: ‘I want to be like them,’ she said.

“The first time they said I couldn’t join, but you have to fight for what you want so I tried again and eventually they accepted me.”

She added: “I think it’s encouragement for every female out there and it just shows that we can literally achieve anything.

“There’s no limit for girls. In particular if you have teachers who believe in you as well. I joined [the CCF] late and I never thought this day would come.”

With sections for the Royal Navy, British Army and Royal Air Force, Haileybury CCF has a proud history dating back to 1886.

A tradition which Arianna is keen to make the most of as she begins her new role and looks ahead to joining the Army Reserve.

“I definitely think this position is a product of my hard work and wanting to serve and help people,” she said.

“I definitely want to pursue that in a future career because Haileybury has taught me that from the very first moment I joined the school and I couldn’t be more grateful for what they taught me.”