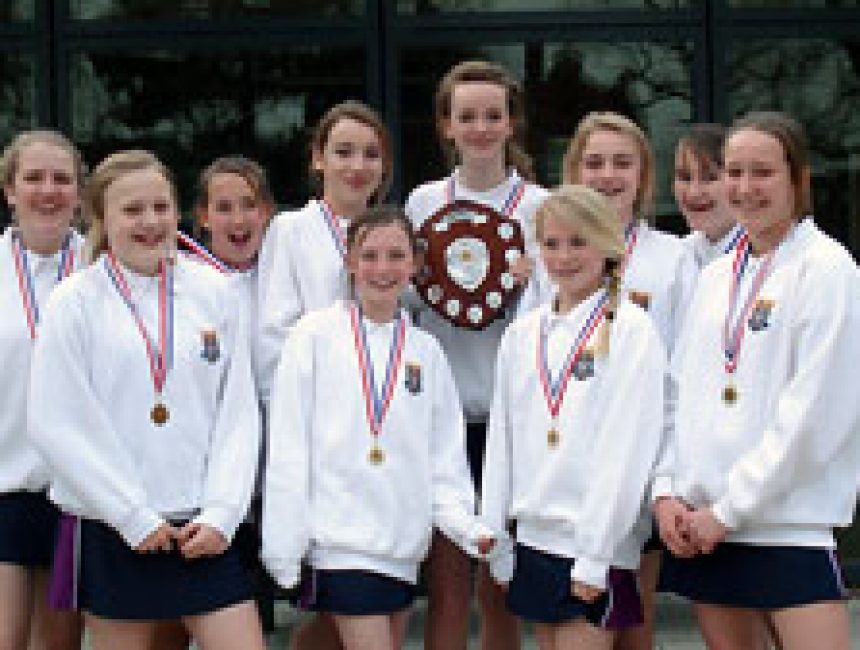 Haileybury's Under 13 netball squad retained the Felsted Tournament title with a magnificent display of mature netball throughout a long afternoon which comprised eight 10-minute games.

Haileybury quickly got into their stride comfortably beating Orwell Park 9-1 but then faced a much tougher challenge against South Lee just edging a 7-6 victory. The rest of the section matches were pretty much plain sailing as they defeated Barnardiston 9-3, Felsted B 9-1, Heath Mount 6-3 and St John's 6-4.

As section winners, Haileybury faced New Hall in the semi-final, beating them comfortably 7-3. The final against Ipswich was a completely different ball game, with both teams playing their best netball of the day. Ipswich started confidently and took an early 3-0 lead thanks to an early turnover, but Haileybury remained calm with GK, Imogen Pearce, giving her all against her giant opponent. The pace of the play was fast and furious and the shooting was simply outstanding from both teams with Nancie Muzzlewhite and Katharine Walter in imperious form for Haileybury.

With just two minutes of play remaining, Haileybury drew level and then took the lead thanks to a great interception from Georgia Billings to take the title 10-8. Eighteen goals scored in just 10 mins reflected the extremely high standard throughout the final. The whole Haileybury squad of 10 players are to be congratulated for their attitude and support for each other throughout the tournament.