U16 and U18 girls’ hockey teams through to East Regional Tournament 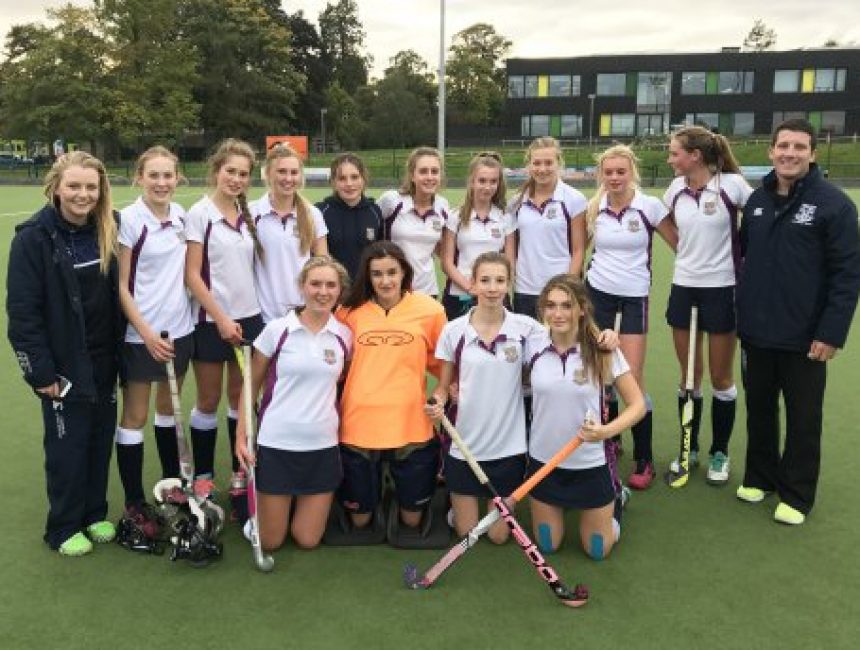 A big well done to the U16 and U18 girls’ hockey teams who have qualified for the East Regional Tournament.

On Tuesday 3 October, the U16s (pictured) followed the lead of their U18 counterparts and qualified for the East Regional Tournament.

They performed superbly in the County Tournament, which was held at St Albans Hockey Club.

They came second in their pool and then won the semi-final in style (6-0) to qualify for the regionals.

It was a thrilling day and the girls were fantastic throughout. We wish them lots of luck for the East tournament in November.

Haileybury only narrowly missed out on all three age groups qualifying for the regionals; the U14s were pipped in their County semi-final by the narrowest of margins and lost on sudden death penalty flicks.

Good luck also to the U13 girls' team, who compete this week.