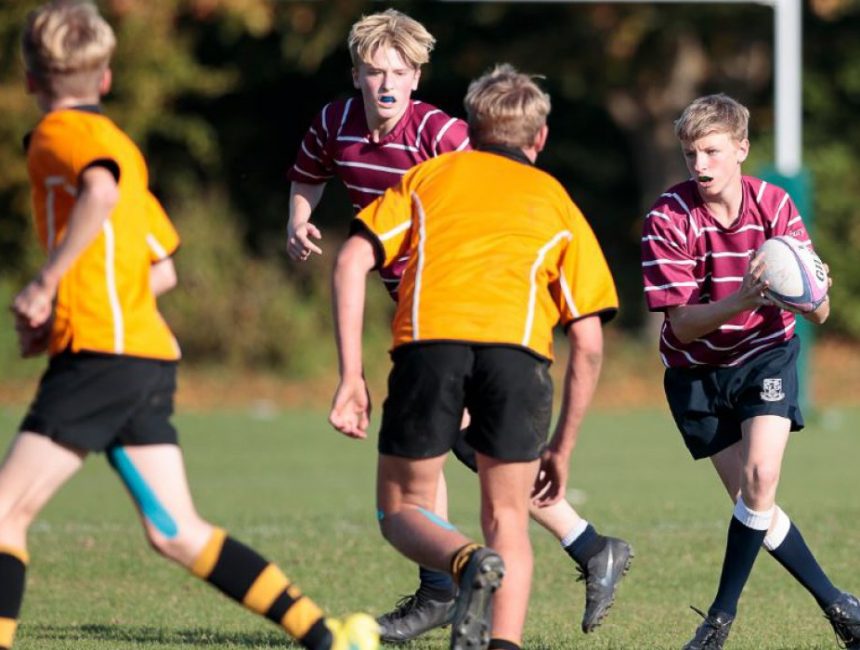 Another County Cup Championship success for 2018

Haileybury U14s have gone from strength to strength this season with 50-0 victories over local rivals Felsted and St. Albans. After only five weeks together, the team faced their biggest challenge at the County Tournament hosted by Watford Grammar School. With a bye in the first round, Haileybury were slow to start against a well drilled and competitive Berkhamsted side, with the score 10-5 to the opposition at half-time. Haileybury rallied in the second half and with some excellent individual scores from Ben W and Ollie S overcame Berkhamsted to be the eventual winners 22-10.

In the semi-final, Haileybury faced recent rivals St. Albans. The game was closer than the score-line suggests but eventually due to continued pressure from the likes of Ben W and Harry S in defence, St. Albans struggled to establish themselves in the game, with Haileybury eventually winning the game 27-0. Mirroring the U18s, Haileybury’s U14s faced local rivals Richard Hale in the final, with many of the players from either side playing together at Hertford RFC. Quick tries from Sam A (Player of the Tournament), Ben W and a brace from Olatomiwa O meant Haileybury were crowned County Champions 2018 with a final score of 36-0. This was a huge achievement for a side with only five weeks playing as a team and a demonstration of the hard-work and commitment the boys have shown. Haileybury now holds the County Cup at both U14 and U18 level.