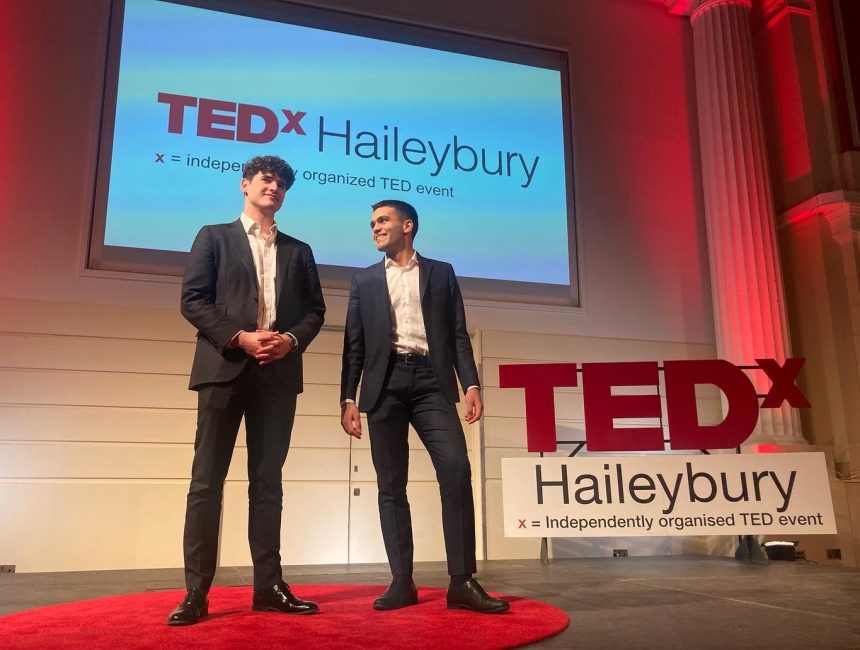 Last night, Big School was excitingly filled with pupils, parents and staff, after two of our Upper Sixth IB pupils, Luca & Freddie, organised a TEDxHaileybury event. All at Haileybury have been eagerly anticipating this event since the word got out about its imminent arrival and it was most definitely worth waiting for. The evening consisted of highly intelligent talks and left all who attended feeling inspired and energised to say the least. 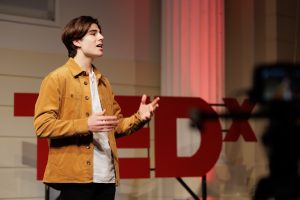 Upon returning to the School after the national lockdown, Luca and Freddie had many interesting conversations with their peers about their experiences and what they learnt. They were inspired by these conversations and believed that more people should too benefit from their findings. At their own initiative, Luca and Freddie began enthusiastically organising the hotly anticipated TEDxHaileybury event. 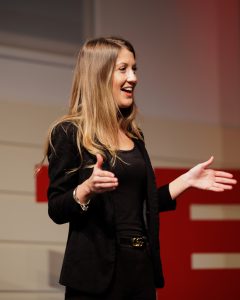 After generating ideas for the event’s theme, Luca and Freddie settled on ‘going forward’.  They wanted a theme that would shape the talks while still leaving room for it to be open to interpretation. An initial theme the two thought of was ‘resilience’, but they believed this would make the majority of the talks too similar as they would all be overcoming some sort of obstacle, so they settled on a broader idea instead.

Luca’s definition of ‘going forward’ is “looking into the past and diving into the future”, to observe what came before and how we can act ‘going forward’ which can be applied to many areas of life. Given the difficulties we face as a society, personally and globally, the knowledge shared in yesterday’s talks will always be relevant. Luca and Freddie wanted to ensure that the speeches will be timeless and the speakers will be happy with them for years to come due to being available to view on the TEDx YouTube channel.

Freddie and Luca overcame any obstacles that arose with vigour. In particular, finding a middle ground with many conflicting schedules and successfully avoiding postponing or cancelling the event entirely. They also recognised that pupils discussing their personal experiences would be challenging especially for those who had recently become public speakers. Despite the challenges Freddie and Luca faced, they both agreed they would do it again in a heartbeat – this type of enthusiasm is adored at Haileybury. 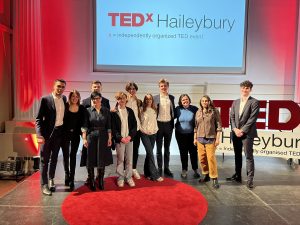 Many interesting topics were born out of the chosen theme that ranged from liberation of social media, to improved inclusivity in educational materials, to reconnecting with our true values in life, to socially responsible spending and investing – to name a few. TEDxHaileybury was a truly inspiring evening and as a school, we couldn’t be more proud of what Freddie, Luca and all involved achieved. Well done!

Keep your eyes peeled for the release of the TEDx film which is set to be shared on the TEDx YouTube channel!

“What TEDx embodies is opportunity, it represents our strong belief that everyone has a story worth sharing.”