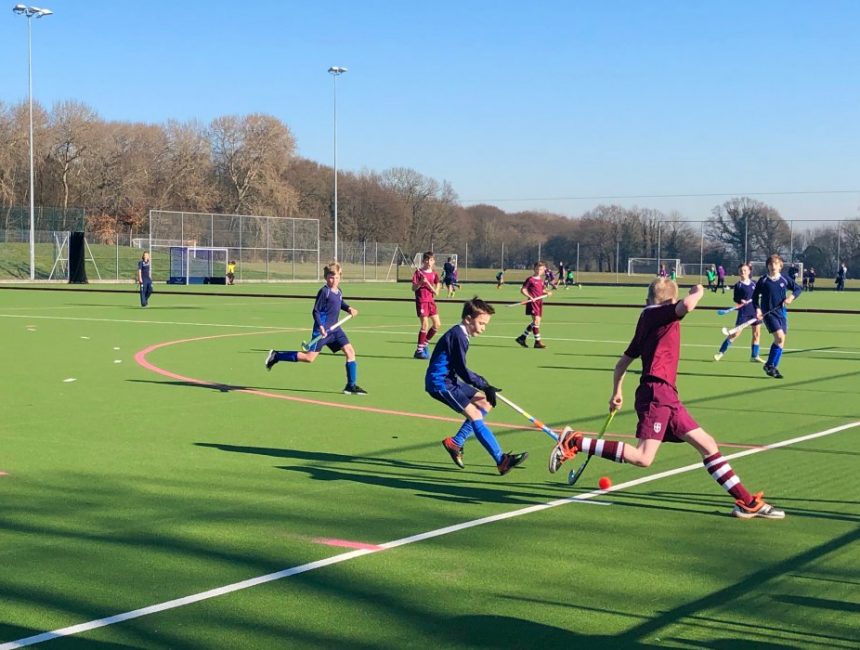 We were delighted to host a terrific qualifier for the IAPS U11 Boys’ Hockey tournament on Tuesday 26 February.

Twenty prep schools from across the country took part in the tournament, showcasing great talent.

The plate final was won by King’s College beating Aldwickbury 3-0. St John’s College came 3rd with a 2-1 victory against Kingshott.

In the cup, St George’s won a close fought match 1-0 against Chigwell Junior. Banscroft’s came 3rd with a 2-0 victory against New College. All four semi-finalists qualified for the IAPS final taking place later in the year.

The standard of play was extremely high throughout the competition and the large number of friends and family watching added to the lively and supportive atmosphere.

Rob Schilling, Director of Hockey at Haileybury commented: “Congratulations to all of the pupils competing in the Boys’ U11 IAPS qualifier at Haileybury on Tuesday. It was an exceptional day aided by cloudless skies and a lovely 19 degrees. The tournament was exceptionally competitive with many games coming down to extra time and penalty strokes. The teams should be commended for their efforts and exceptional sportsmanship.”

Well done to all the players and we wish the qualifiers much success in the forthcoming National Cup.