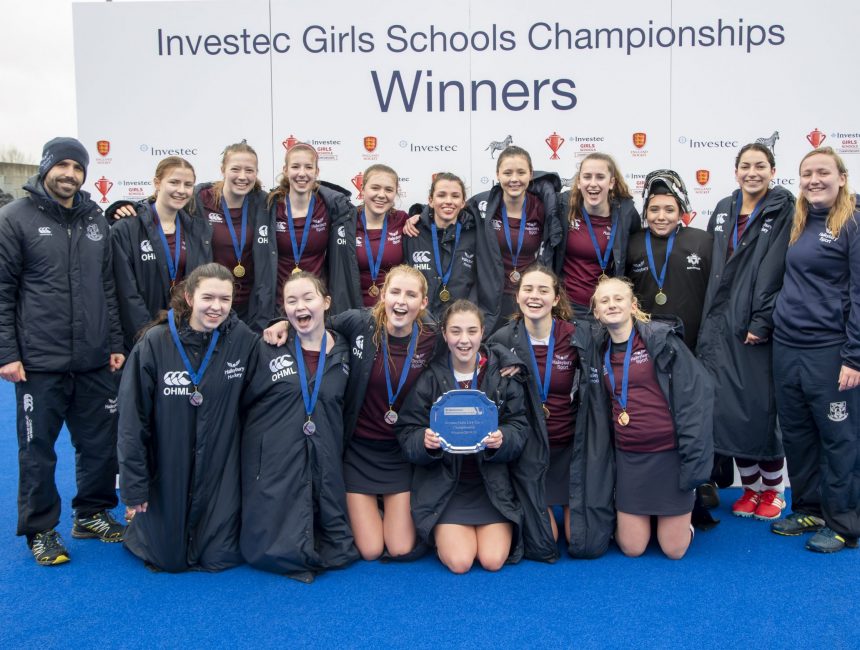 Drenched but jubilant, our Girls’ Hockey 1st XI celebrated on the pitch at Olympic Park. They capped a superb season with victory in a national competition.

The girls won the T3 final, in torrential rain and hail, with a thrilling 4-3 victory over Blundell’s and in doing so made it an impressive 15 wins from 20 matches. 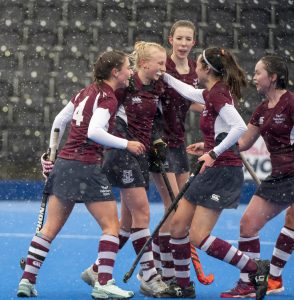 “We’re all so happy, we can’t believe that we won,” captain Robyn said. “We’ve grown so much together over this whole season and I’m really proud of the girls. We’re national champions!”

Two goals from Scarlett and one from Georgie were enough to see off The Grammar School at Leeds in the semi-final but the showpiece was a nail-biter.

It began with a well-worked short corner which allowed the prolific Scarlett to score the opener. Debutant Emilie added a second, having only been called up due to injuries for the final.

Blundell’s rallied and converted shortly before half-time to halve the deficit but Scarlett’s second goal of the final restored the two-goal advantage.

The opposition brought it back to 3-2 with 15 minutes to go before Georgie’s thunderous volley took the girls clear once more. 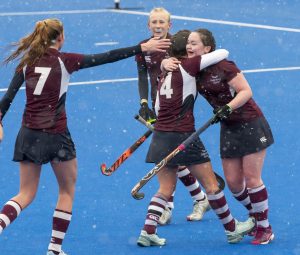 Blundell’s scored their third with eight minutes remaining and a short corner at the death gave them the chance to take the game to penalty strokes. But a straight strike was brilliantly run down and deflected high over the goal by Sophie.

Culminating in the Olympic Park triumph, there were some stand-out individual achievements for the squad this season.

Vice-captain Sofia broke the caps record, finishing her school career on 62 appearances and scoring 11 goals from centre-back in the process.

Fifths pupil Scarlett is just two goals shy of breaking the scoring record for the school. She registered 28 goals this season in 20 games – to take her career total to 39 – with two goals in each of her last six fixtures of the season.