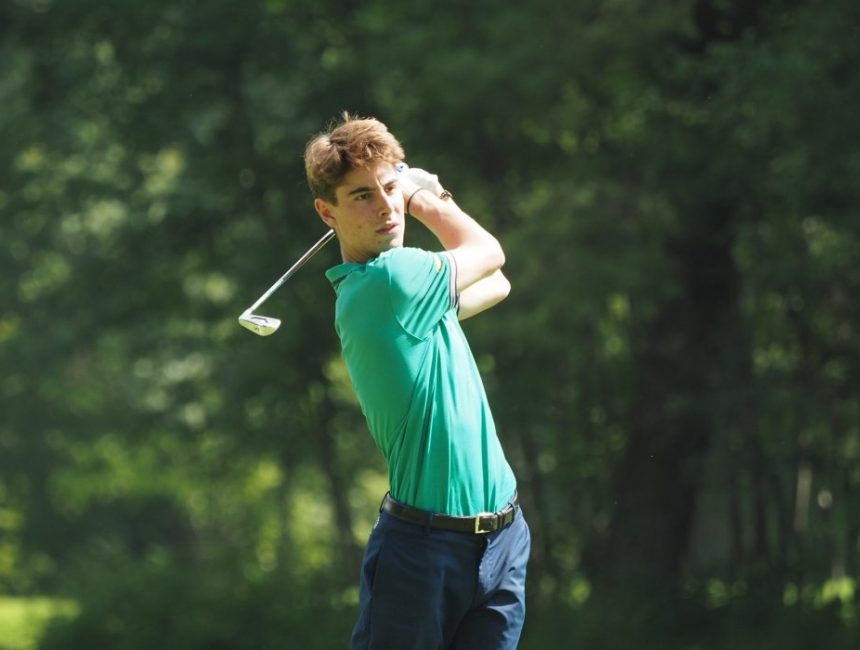 A Haileybury pupil who made the cut at a national golf competition in Italy says the school has played a key role in his success.

Sebastiano, our Lower Sixth golf captain, qualified for the U18 National Championship at La Mandria in Turin which included some of the best players in the country.

And after two rounds, Seba (pictured at the event) made the cut – placing in the top section of the field at the mid-point.

“Haileybury has helped me improve my golf,” he said. “Mr Sanders [master of golf] is always available to do whatever it takes for us golfers and I think he enjoys playing with us and taking us to other courses.

“He puts an immeasurable amount of passion into golf at Haileybury and the resources we have here are incredible.”

He added: “The golf simulator has allowed us to play even in the worst seasons and in the worst weather, and together with Ryan [OH and pro coach] it has helped me develop important skills that are easier to learn inside.”

In Italy last week, Seba was 42nd out of a field of 128 after an impressive five over par.

He then made the cut after another positive showing on Day Two but slipped down the leaderboard on Day Three.

“I was happy overall,” Seba said. “But in sports I have learned that inside you are never satisfied.

“You can always learn from mistakes and next time I am not going to repeat them.

“My only goal when I tee-off on hole one is to enjoy myself, play the best golf I can that day and score the lowest possible.

“Without doubt I have my dreams, for example winning a national tournament, but I know it is very tough as those who I compete against dedicate their life to golf.

“But the point is that teeing-off with the dream of winning always helps me play the best I can.”