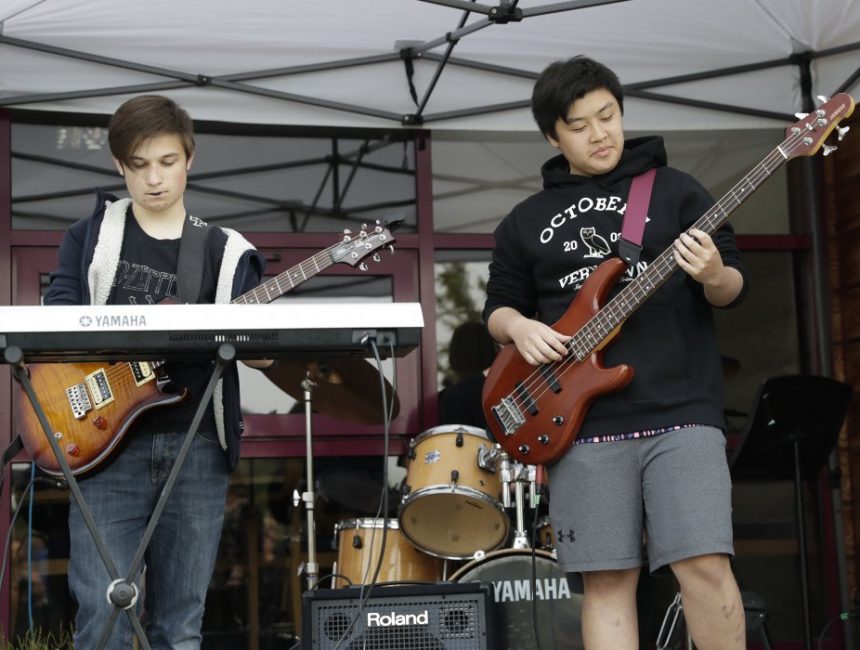 Haileybury’s very own rock stars entertained the masses in a special open-air concert on Hailey Field on Friday 25 May.

Around 30 pupils – from Lower School to Lower Sixth – performed to peers, staff and parents as soloists and in rock bands.

The event was overseen by guitar teacher and bands coach, Mr Jason Broadbent. He coaches the Lower School bands as part of the pupils’ activities programme, and coaches many of the Main School pupils’ rehearsals in the afternoons and evenings, including a Sixth Form Wednesday activity.

“The evening was a great success,” said Mr Broadbent. “Everyone had a really good time and many of the performers made their debuts. The rain held off and the audience was really appreciative and supportive, which was lovely to see, especially for the new performers. It’s been really gratifying this year to see more and more girls involved and playing electric guitars and drums. Long may it continue!”

For anyone who missed out, or just wants a repeat performance, some of the bands/soloists will be performing again at the upcoming Summer Proms Concert on Thursday 28 June.