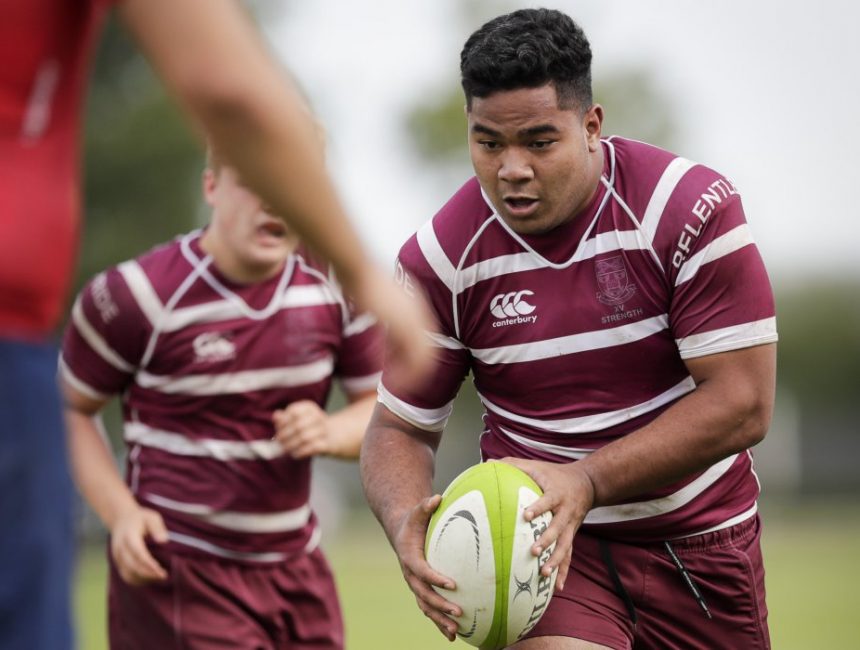 The XV put on a brilliant performance on Wednesday at Hertford Rugby Club, playing against Richard Hale School in an exciting and tense County Cup quarter-final.

The final score was 13-3 to Haileybury.

The semi-final now beckons for the boys, which will take place on 2 December against Bishop’s Stortford High School.

Congratulations also need to go to XV player Kapelieli (pictured), who has been selected for the Saracens Storm squad tomorrow versus Exeter. Good luck!

Here is the match report from the County Cup quarter-final:

Haileybury produced a back to the wall performance against a dogged and determined Richard Hale team. Playing in front of a huge crowd at Hertford Rugby Football Club, Haileybury showed enormous character to silence the crowd and come out on top in a tight match.

Despite difficult weather conditions and a vociferous home crowd they managed to show the quality that has seen them have a stellar season.

Tries from man of the match Ed H and Luke B saw them home with fly half Sam C kicking a monster penalty in the second half. Harry C was also outstanding at centre with some strong carries and tackles. The victory was based on a dominant driving line-out and excellent defence.

They now move on to the semi-final against Bishop's Stortford High School and will be looking to make it three County Cups in three years.