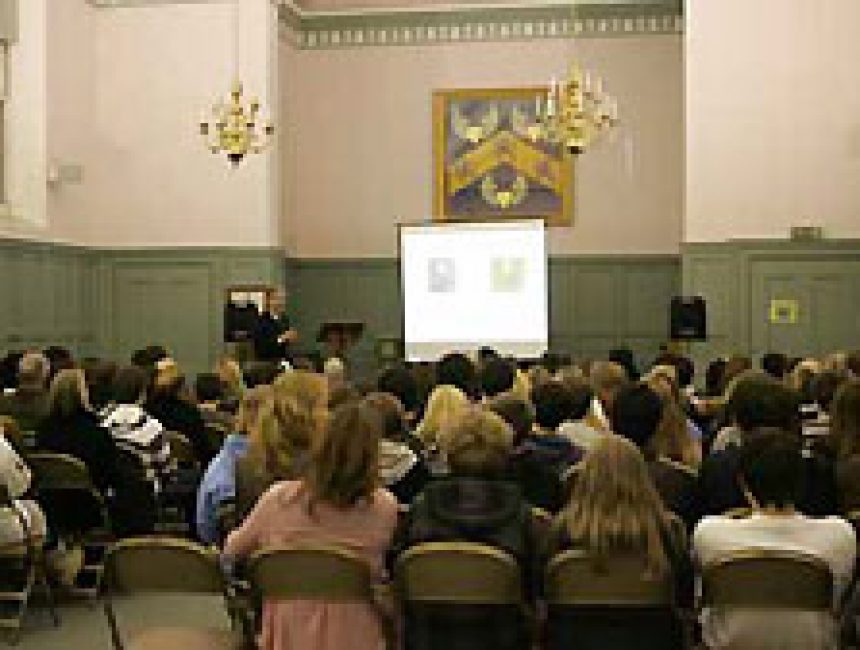 More than 150 pupils, staff and members of the public attended a lecture on Malthus, Darwin and Natural Selection, presented by Haileybury Biology teacher, Roger Woodburn, on Tuesday, 10 February

The talk provided a lightning quick tour of the history of The Revd. Thomas Malthus, including his links to the East India College (now Haileybury) and his famous work, An Essay on the Principle of Population and the related works that followed, including Darwin's On the Origin of Species.

The lecture discussed the importance of the works produced and the individuals who were influenced by them for better or for worse.

The evening was well-delivered and finished rather poignantly with a clip from J. Bronowski's The Ascent of Man, which demonstrated the folly and dangers of claiming to know absolute knowledge, reflected, rather sadly, by the atrocities carried out in the name of selection.