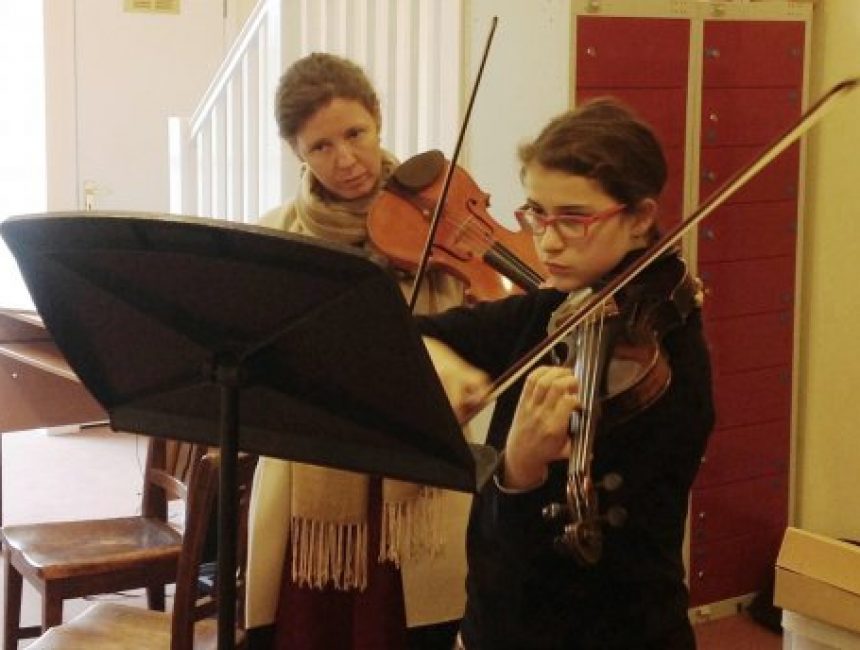 Young violinists at Haileybury had the opportunity to be tutored by distinguished violinist Liana Tretyakova recently.

Liana, who teaches at the prestigious Zakhar Bron School of Music in Zurich, visited the College to give a series of masterclasses to our pupils.

Liana has won prizes at several international chamber music competitions, including the European Music Competition and the Grazia Vivaldi Competition. She studied at the Escuela Superior de Música Reina Sofía in Madrid and at the Zurich University of the Arts.

In her masterclasses at Haileybury, Liana helped our pupils to improve their violin skills and technique, and shared her tips and expertise for mastering the instrument.

Her visit was part of Haileybury’s Music Week, which ran from 8 October to 15 October. The Haileybury community enjoyed a series of pupil-led performances and concerts celebrating all kinds of music, including a barbershop quartet, piano recitals, jazz and Broadway songs.