Removes Pupils Delve Into The Meaning Of True Innovation - Haileybury

Removes Pupils Delve Into The Meaning Of True Innovation 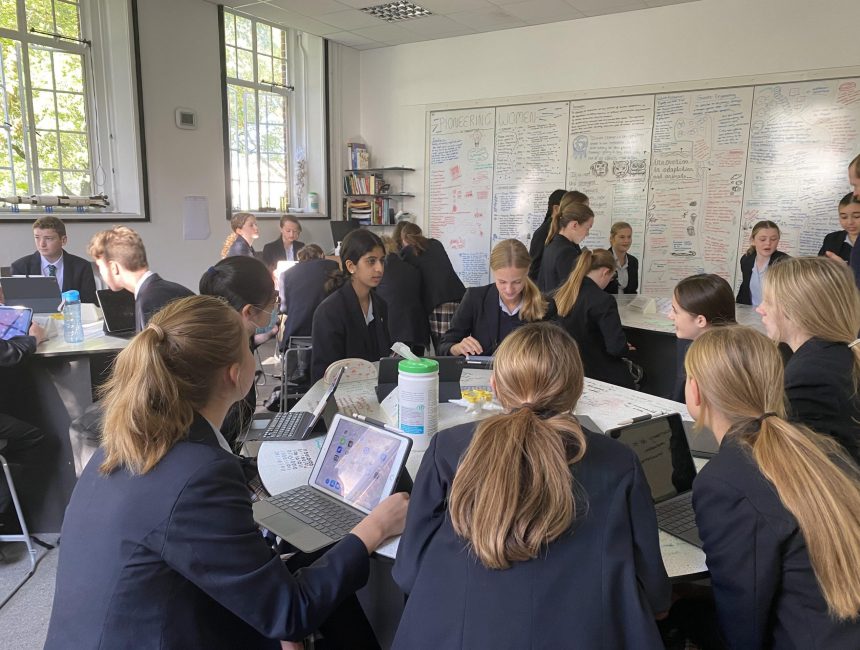 Led by Arthur Kattavenos, Head of Science, pupils were tasked with exploring and understanding the meaning of innovation, its application, and how it evolves in various academic fields and the real world.

Innovation in the real world

Arthur Kattavenos summed up, “true innovation emanates from an individual’s desire to continuously learn and improve. To achieve this, individuals must be willing to self-reflect, identify areas of limitations or gaps within their thinking and then begin the process of discovering new ways of filling in these gaps.”

Covering a broad sphere of topics that include day-to-day life and more theoretical and political areas, the project revealed an eclectic mix of views and interests. Chosen topics from the winning groups spanned:

●       Navigation (Compass to GPS) – including its impact on goods and services and the way GPS enables us to reach the world through an evolved perspective.

●       Pioneering Women (Leadership and Contribution to Innovation) – breaking down the history of women’s place in society, and the effect of comparatively recent changes that have resulted in greater freedom.

●       Animal Adaptation and Innovation (Evolve or Die) – digging into the questions of animal adaptation and extinction, and the impact our world and human interaction has on these outcomes.

The work from each group involved was outstanding, but as a winner had to be named, Mr Metcalfe’s Tutor Group Lawrence, led by Group Coordinator: Ella earned first place.

Ella commented, “During this project, I have learned how innovation is all around us. I didn’t realise how many steps it took before the compass became the GPS and how one was an innovation of the other”.

Bella from Hailey allows us an added insight into just how inspiring this project has been as she rounds off, “While doing this project, we have learned about material science and have developed our own ideas about this topic, especially when we discussed and predicted the possible innovations, involving a change of materials, in the future.”

This was the evidence we saw from all groups, regardless of the topic. We look forward to what is to come from Removes as it is an inspiring glimpse into the future and bright minds that are set to lead the way.