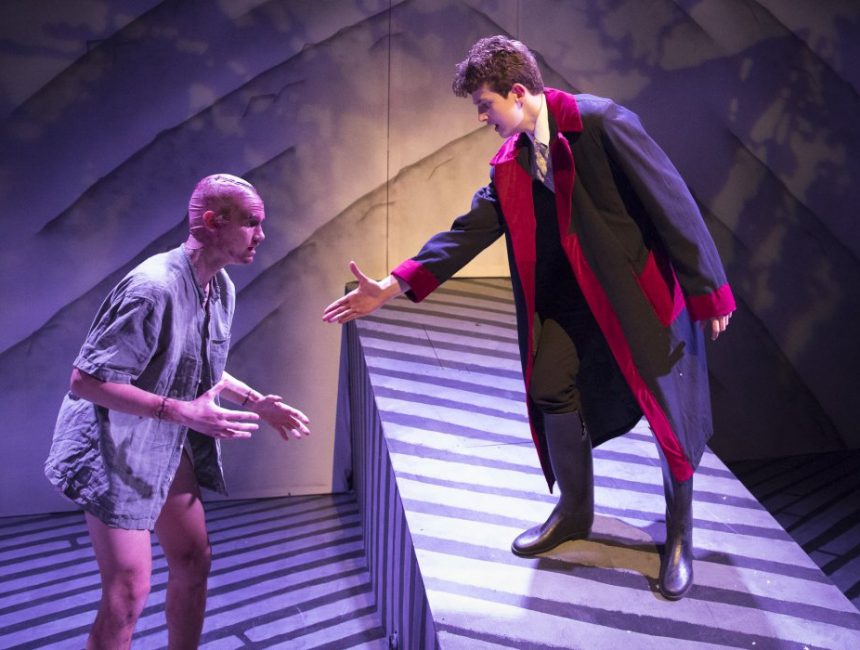 Removes and Middles pupils took to the stage in a spectacular three-night run of Frankenstein last week.

Directed by Mr Robert Byers, Head of Academic Drama, the production was an “intelligent retelling” of Mary Shelley’s classic 1818 novel.

When rejected by Victor and mankind in general, the Creature (played by Andreas P) seeks revenge through death and terror, including the murder of Elizabeth and De Lacey (played by Selina DL and Jacob L).

There were some superb and polished performances from the cast and Mr Martin Collier, the Master, described it as “an extraordinary production”.

The excellent set design, lighting, sound and make-up helped to create a haunting, eerie and electric atmosphere in the Ayckbourn Theatre.

Well done to everyone involved.