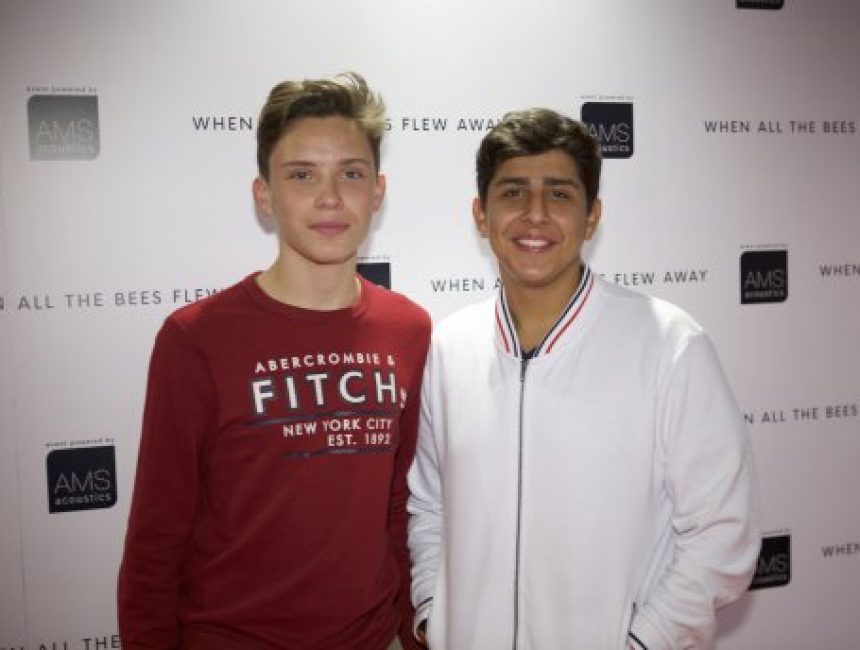 Two of our pupils walked the red carpet at a film premiere in London.

When All The Bees Flew Away is a coming of age story set against a post-apocalyptic backdrop.

Some of the film's scenes was shot here at Haileybury last year, including the area around Bradby Hall and the Form Room Block.

Sixth Form pupils Alexander Bittar and Alexander Maliepaard, who are both keen actors, attended the film’s premiere at the Curzon Cinema in Soho last Friday.

The event included an exciting red carpet welcome and paparazzi photographers snapping guests' photos in front of the film's backdrop.

Alexander Bittar said: “What I enjoyed most about the premiere was the atmosphere when I walked inside the cinema. The buzz was incredible! I thought it was useful to go to the premiere because it showed me that it is the small things you do which lay the building blocks to forming a career in acting. I hope to carry on acting after I leave Haileybury, especially in amateur theatre productions. And I will definitely take part in as many auditions for films as I can!”