Pupils go back to ancient Rome with author Ben Kane 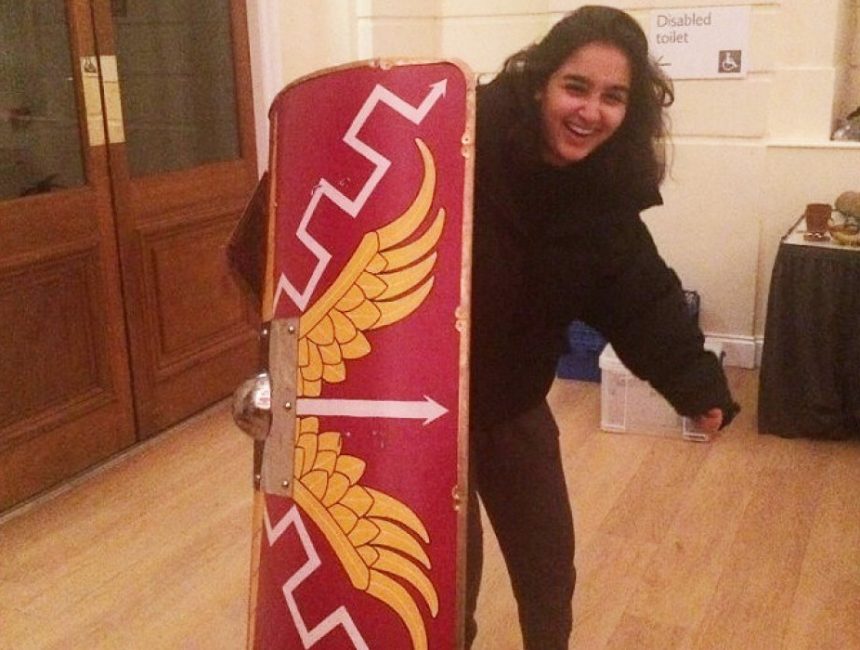 From gladiators to chariot racing, gods and the theatre, life in ancient Rome was both eventful and fascinating.

Haileybury’s Classicists were taken back to those times on Thursday evening by bestselling author Ben Kane, who gave a lecture about everyday life in ancient Rome.

Ben, whose books include the bestselling The Forgotten Legion series, talked about Roman housing, gladiator games, the role of women, medicine, and diet.

He brought various artefacts along with him for pupils to look at, including replica armour and weaponry such as a 9lb chainmail vest, helmets and boots (Salima pictured with a Roman shield).

He also displayed photographs of ancient artwork and graffiti, from Pompeii, Rome and Roman cities in present day Germany.

Miss Alex Logan, Acting Head of Classics, said: “The talk was relevant to all pupils studying the ancient world as it gave a detailed insight into Roman society, bringing alive our lessons on the history, literature and language of this incredible period of time.”