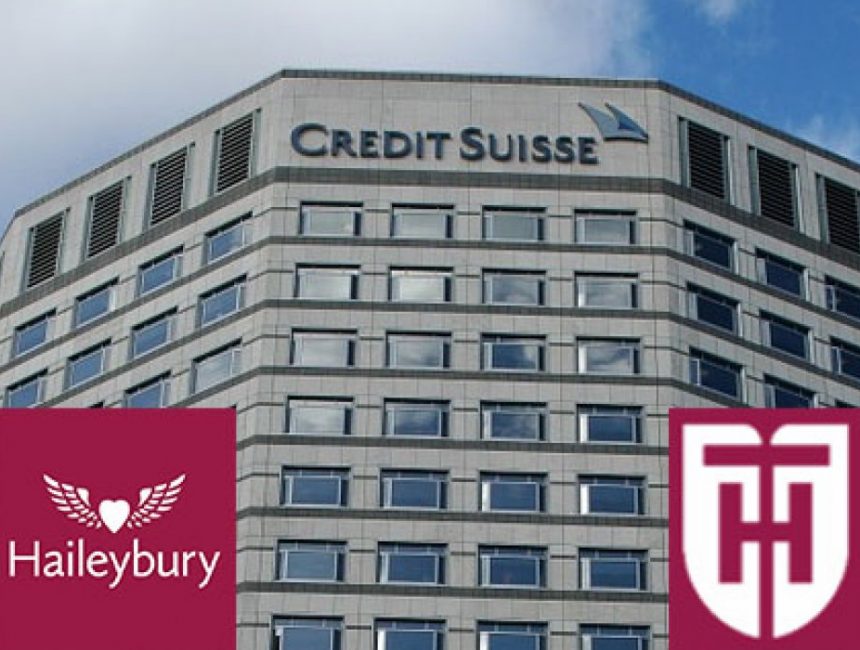 The Credit Suisse placements have been organised by Old Haileyburian James Walker and involved the group of eight successfully completing an application process.

Haileybury pupils Anna Lebedeva, Sam Hurding, Luis Schneider, Robyn Hodges, and Christian Cartwright will be based in London from later this month.

They will be joined by Haileybury Turnford pupils Lauren Wollaston-Smith, Chloe Dust, and Owen Furley.

He said: “This is a direct example of how our partnership work with Haileybury is providing excellent opportunities for our students.”

A partnership between the two schools – established in 2015 – has seen pupils across both sites benefit from CCF (combined cadet forces) sessions, additional lectures, and careers workshops.

Credit Suisse employs more than 5,000 people in London making it one of the biggest investment banks in the capital.