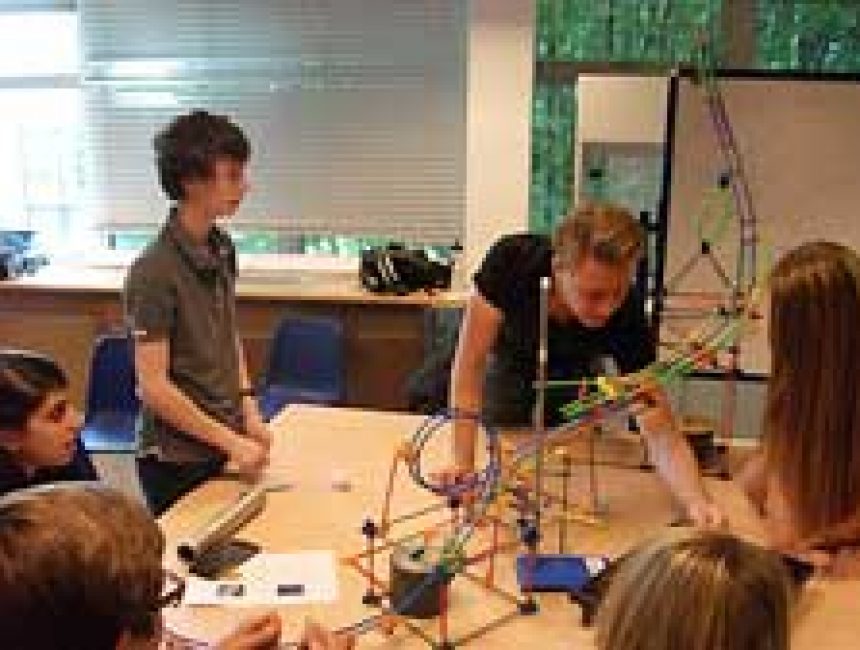 A group of 12 pupils took part in the annual Sixth Form challenge competition organised by Surrey University on 7 July 2011. This year's theme was roller coaster rides and each team of six pupils had to work through a design specification to meet a set of criteria for the roller coaster, and then build the rollercoaster design, test it to ensure it met the specification and then take part in competitive testing.

Both Haileybury teams showed great ingenuity and creativity in their designs. The novel use of equipment in the laboratory to achieve a potentially winning design was evident, with some being more successful than others. The final testing against the other teams present on the day was a nail-biting finale. Haileybury's first team had a fast run in practice but were unable to complete any of their three runs needed to gain a time. The pressure was on Haileybury's second team and they did not disappoint, with a fast time and achieving a very creditable second place overall. Each of the second place team was presented with a £10 Amazon gift voucher.

This event takes the pupils outside of their comfort zone and gives them practical experience of working in a team, of meeting a design requirement and also a delivery timetable. Surrey University has one of the highest graduate employment records of any British university, and has done for the last 10 years. The competition has also allowed our pupils to see what Surrey University has to offer and so be better able to judge other universities they may be applying to.

The 12 pupils were (those in italics achieved the second place award):

Picture: Haileybury's Team 1 demonstrating a novel use of a whiteboard in their design.