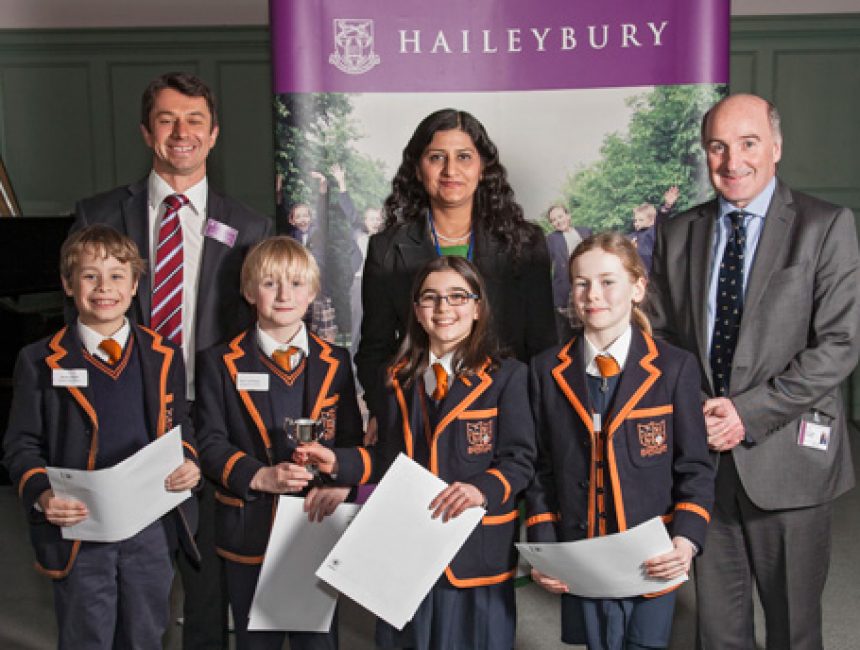 Well done to Norfolk House School, who were overall winners of the Haileybury Science Challenge 2013 last week, beating 17 other prep and primary school teams to take home the trophy.

The teams, consisting of four Year 5 pupils from each school, had a thoroughly challenging day and were confronted with three science-based tasks – one each centred around biology, chemistry and physics. The theme for the day was flight, inspired by the 110th anniversary in 2013 of the first powered flght by the Wright Brothers. It was apt that the first task of the day for the teams was to construct a model glider and test fly it – the winning team being that whose glider flew the furthest.

Head of Science at Haileybury, Alistair Taylor, commented that the standard was extremely high and congratulated all those involved. Prizes were presented by Dr Ipsita Roy, the Head of Applied Biotechnology Research at the School of Biosciences, University of Westminster, alongside Master of Haileybury, Joe Davies.

Norfolk House are pictured with (l to r) Alistair Taylor, Head of Science at Haileybury, Dr Ipsita Roy from the University of Westminster and Joe Davies, Master.