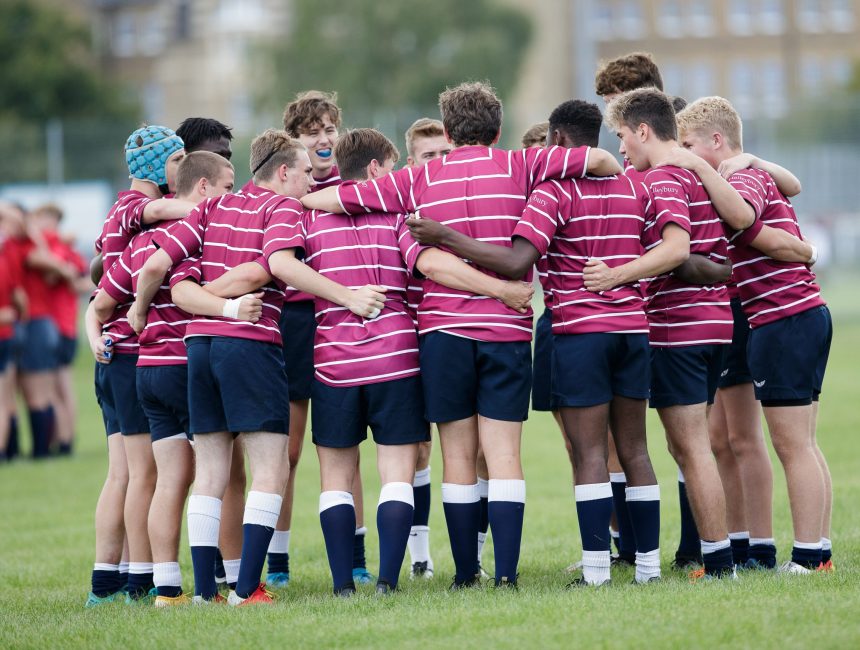 Haileybury competed in the Rosslyn Park National Schools Sevens, the biggest schoolboy rugby tournament in the world. They took teams at U13, 14, 16 and 18. The weather was glorious all week and the standard of the tournament was incredible. Director of Rugby, Michael said, “This was my best week as the DoR at Haileybury. The boys were incredible all week, performing to a high standard, being humble, hardworking and hugely impressive on the field of play.” 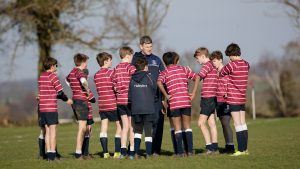 The U13s travelled down on Monday and acquitted themselves well. Will and Benji were outstanding with Ben S scoring one incredible try.

On Tuesday, it was the senior sevens team’s turn. They played superbly and lost narrowly to KCS Wimbledon in a humdinger of a game. Next up, they beat Kings Bruton well, playing superbly. Following that, they gave an outstanding Trinity team a scare before going down. Joe was incredible and the team were ably led by Dan H and Dan C who have both been incredible leaders this season. They have set the standards for Haileybury Rugby going forward. First team Captain, Sam A, returned from injury and will carry the torch next season. 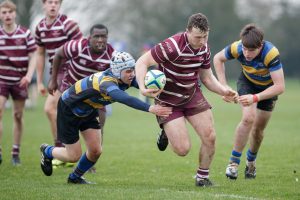 On Wednesday, the outstanding U16s went with high hopes. They got through their group with three good wins and played incredibly in the last game against Beechen Cliff. They then faced an elimination game v Whitgift. It was a superb game of rugby, but Haileybury suffered a few injuries and missed out narrowly on the last play of the game. Finn was the pick of the players and led from the front, but there were many amazing performances. These boys will be looking to go a few steps further in future tournaments.

On Thursday, the U14s travelled down full of hope and expectation. They won their group superbly before a play-off match against a strong George Watson’s College. They had their chances but weren’t quite clinical enough and went into the plate. Travelling down for a second day is tough and they are the first Haileybury team to do it in recent history.

On Friday the U14s blitzed their group and faced Harrow in the quarter-finals. They shot into a 19-0 lead, but Harrow scored before half time. Haileybury faded in the second half and lost 22-19, again on the last play of the game. Sam S was outstanding throughout. The whole team were fantastic. 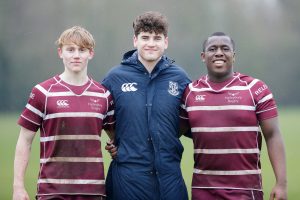 Overall, a great week of Sevens that points to an exciting future for Haileybury Rugby. The boys are a credit to the School and displayed all the qualities you are looking for in young rugby players.