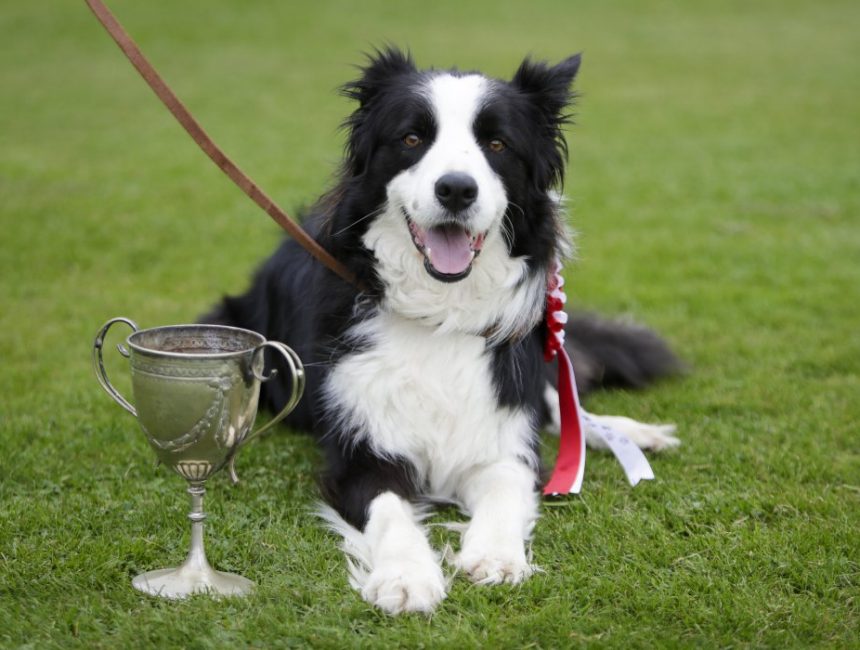 Dogs of all shapes and sizes strutted their stuff in the fifth Hailey Dog Show last weekend.

More than 50 dogs and 200 humans took part in what was the biggest event of its type to date and raised a fantastic £1,000 for charity.

Memorial Quad was turned into an agility course and there was a final end of show parade around the main Quad. Proceedings were overseen by the visiting dog judge, Danielle from Elmtree Happy Dogs Training School in Enfield.

A big round of a-paws must go to the Best in Show, Lars Sertgil, a black and white border collie from Istanbul, as well as to all the other prize-winning dogs.

The crowds were kept well fed and watered by numerous stalls selling food and drink, including a Pimms stall supplied and manned by the Haileybury Parents’ Association. Unique dog beds made from old Haileybury uniforms were also on offer.

Mrs Alison Baker, Housemistress of Hailey and the dog show organiser, said: “The fifth Hailey Dog Show was a resounding success, helped no doubt by the glorious weather and the fact that it is a regular fixture on the Haileybury calendar. This year there were over 50 dogs and 200 people and lots of prizes for various competitions. The final profit total was a whopping £1,000 for one of Haileybury’s chosen school charities, the St Helena Hospice. Thanks specifically to the Hailey House girls and Tutor team for their sterling effort, and to the domestic and catering teams for all their help with the set-up.”