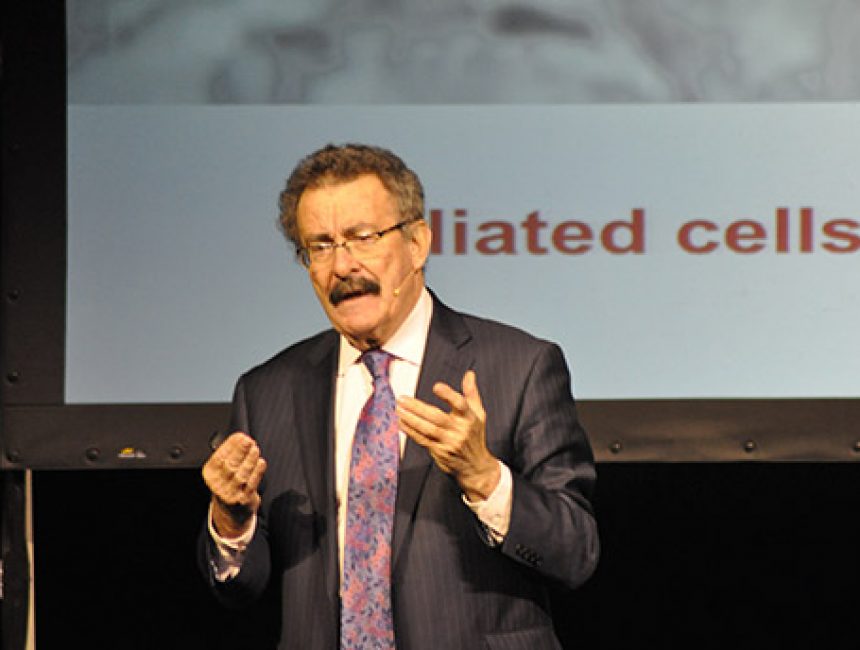 On Friday our 74 Middles 'Triple Award Scientists' were treated to a day of interesting and inspiring lectures at the Barbican Theatre from some of the world’s biggest names in science at the GCSE Science Live event in London.

Science Live is a series of annual events for GCSE Science students at venues across the UK. Each event gives the opportunity for pupils to listen to six different scientists give a short presentation on their given area.

The day began with off with Professor Andrea Sella, Chemistry at UCL, talking us through some of the characters in chemical reactions including processes involving auto catalysis. Then Professor Steve Jones, Genetics at UCL, a leading geneticist, discussed the role of nature and nurture in humans with superb examples such as the role of Leptin in feeling sated, the Siamese cats inability to synthesis the pigment melanin except when it is cold, and the link between testosterone levels and violent crime.

One of the highlights of the day was the next lecture by Professor Lord Robert Winston, a medical doctor and distinguished scientist, particularly in the area of human fertility, who talked us through some of the breakthroughs at the cutting edge of gene therapy. A particular story that will stick in my mind was about a mouse who could run for nearly four hours nonstop without getting tired due to genetic modifications and the ethical implications we will need to think about with gene therapy in humans. He, like all of contributors, had the gift of being able to communicate in a most engaging way.

The afternoon was no less gripping, beginning with the most mind bending lecture of all, where Professor Jim Al-Khalili, Physics at the University of Surrey, opened our eyes to the possibility of time travel. Ideas such as black holes, worm holes, being able to slow down and bend time itself left us with some big ideas to think about and no small amount of head scratching to be done. Finally Maggie Aderin-Pocock, presenter of the BBC’s Sky at Night programme, inspired us all, not least with her incredible energy and passion, but also a fascinating talk on ‘What have the planets ever done for us?’.

An inspirational and enlightening day was had by all – giving our pupils a glimpse into the wonders of science.

Mark Forth, Head of Chemistry