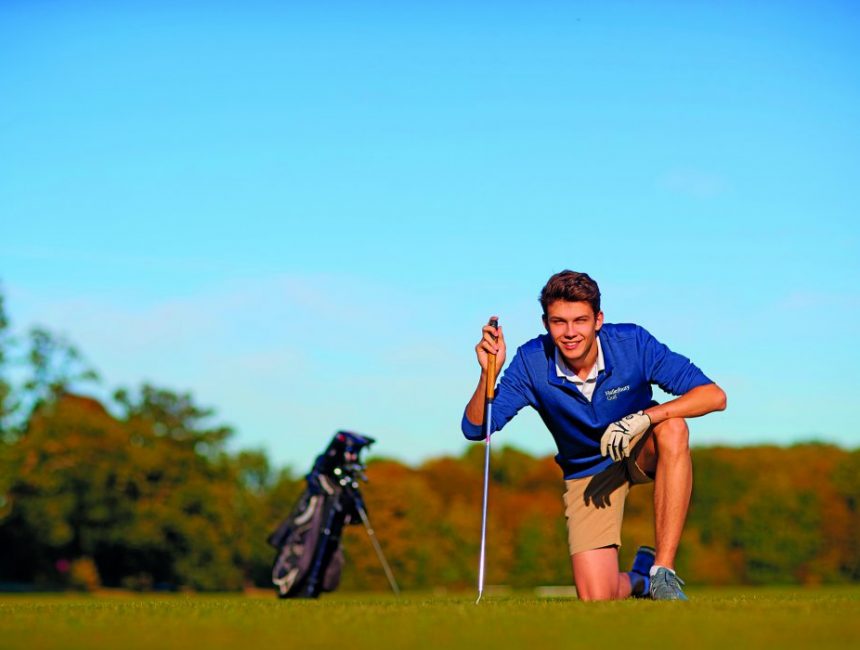 The team comprises the school’s top three golfers, Sebastiano and Giacomo, Lower Sixth pupils and the captain, Luis from our Upper Sixth Form who will compete against Brentwood School.

Haileybury defeated Felsted in the first round 2-1 and then Royal Hospital School, 2-1 in the semi-final, with Sebastiano holing an impressive birdie putt on the first extra hole to break the deadlock. Ian Sanders, Master in charge of Golf, commented: “The boys have been practising hard indoors on the school’s new GC2 golf simulator and we are optimistic as we head into the area final.”

The ISGA Schools matchplay tournament is the largest Independent Schools' Golf competition in the UK. The main competition is split into 17 areas, which culminates in a national final.

A win during the area finals would qualify the team for the National Finals, which this year are to be held at Princes and Royal St George’s golf courses on the Kent coast on Sunday 28 and Monday 29 April 2019.

We wish the boys every success on the 26 February.