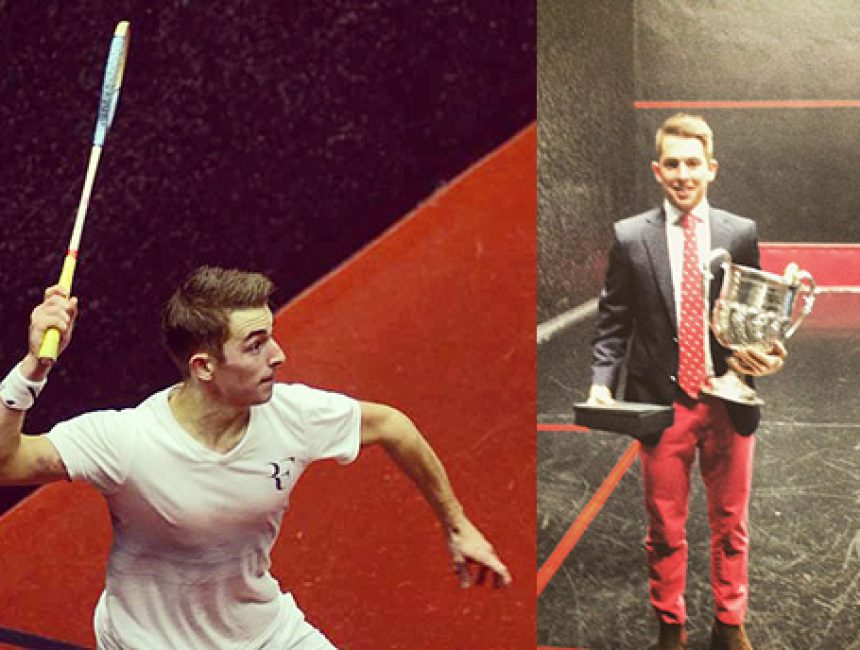 OH cousins Sam and Tom Billings made international sporting news earlier this month, with stunning successes in two continents. Kent wicket-keeper and batsman Sam, recently described as ‘one of the hottest properties in cricket’, scored a rapid-fire 56 for England Lions against South Africa A in a one day international in Pretoria. Earlier in the series Sam took four catches against a South African side which boasted several full test cricketers. Read all about Sam's success in this Cricinfo article.

Younger cousin Tom, whose sister Georgia is currently Head of School, won the Canadian Racquets Championships in Montreal. Tom has enjoyed a rapid rise to fame in the world of Rackets, shooting up the world rankings to his present number 4 position. Tom defeated the third seed in the final at Montreal Racquets Club and has contested important finals in New York and Queen’s Club in London, while Sam has been selected to play for the MCC alongside Test captain Alistair Cook, in the prestigious season-opener against the county champions in Abu Dhabi. Sam was also voted Kent’s player of the year last summer.

Images of Tom at the Racquets Championships in Montreal