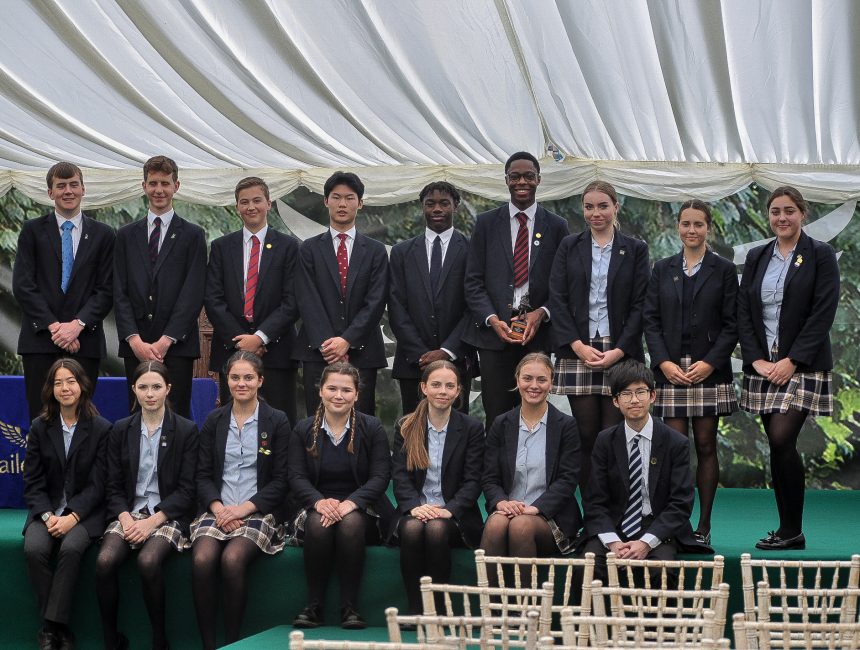 We recently concluded the academic year with a truly remarkable Speech Day; when we celebrated pupil achievements with the entire community. Haileyburians were recognised for their accomplishments in examinations, competitions, creative pursuits and more. Continue reading to learn about these outstanding demonstrations of excellence.

In the Senior Maths Challenge Lena (M), Jolin (Aby), Sophia (C), Matty (E), Den (Tr) and Anastasiia (C), all earned Gold Certificates. Kevin (E) also qualified for the Olympiad Round, where he was awarded a Certificate of Merit for a strong performance.

LS1: Hal won a Distinction and Gold certificate at national level and best in school at Junior level.

LS2: Oleg won a Distinction and Gold certificate at national level and best in school at Intermediate level, and a Distinction in the Oxford University Computing Challenge.

Removes: Isabel (Alb) won a Distinction and Gold certificate at national level at Intermediate level in the Bebras Computational Thinking Challenge and a Distinction in the Oxford University Computing Challenge.

Maddi (M) won a Bronze medal in the British Youth Fencing Championship Women’s U16 foil event and has been selected for the Great Britain U17 Squad. This month she also won the English Youth Championships U15 Women’s Foil.

Stuart (BFr) played for the Old Loughtonians Hockey Club who were the National U18 Indoor Hockey Champions. Charles (Th) has been awarded an Arkwright Engineering Scholarship.

Grace (C) has been selected to be part of the Great Britain Eventing Junior Long Squad (of 9) for the European Championships this summer. Maria (M) won first prize in the poetry category in the Sydney Gardens Writing Competition. Declan (B) was awarded first place in the Philosophy category in the St John’s College, Oxford, Classics and Ancient History essay competition. Drake (Tr) played in the Antigua U20 Olympic and World Cup Football Squads.

Ikhi (BFr) was selected for the England Rugby U17 Development Squad. Fiona (C) represented Wales Lacrosse in the U21A team at the Home Internationals 2022. Harry (Th) played cricket for ESCA XI at Lord’s. He also played in the U18 Super 4s (England trials).

George (K) and William (K) are both in the England Schools’ Ski Association U19 Boys’ Squad.