Netball 2022 Season Round Up - Haileybury 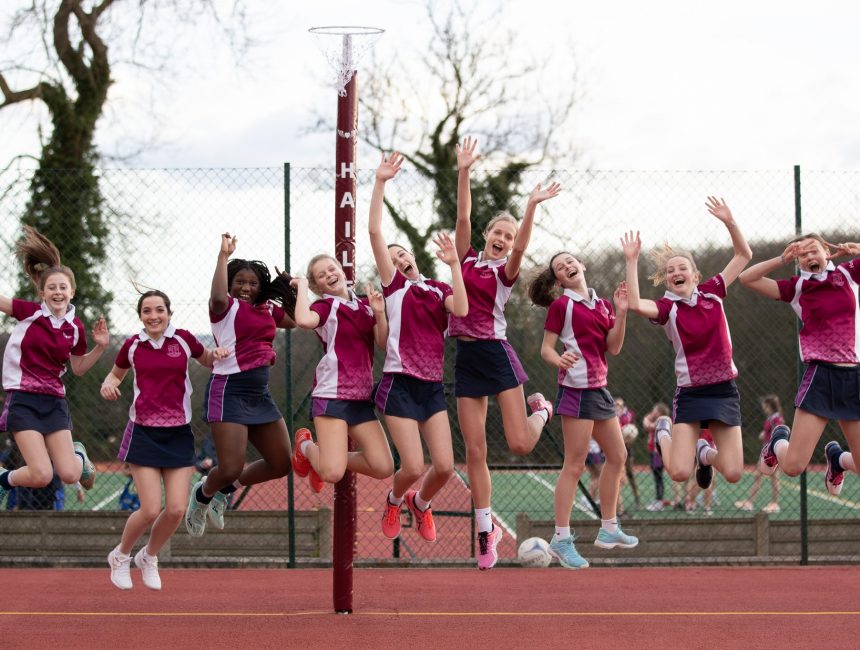 “This has been a fantastic season for Haileybury Netball with the fixture list increasing significantly across the board. Netball Captain, Megan, led from the front, taking all responsibilities in her stride, being a support network to the girls and a pin point shooter at the most crucial times. She was the perfect choice for the role this year and it was a pleasure to work alongside her.”

The U15A, U14A, U14B and U14C teams all remain unbeaten. What a fantastic achievement. For the U15A team Lucy and Charlotte were pivotal in the shooting end securing high shooting percentages each match, Isabelle led in the defensive end to take some crucial turnovers when needed. The U14A team has many standout players to note. Ella H does not miss a shot; she is an extremely skilful GA controlling that attacking end. Daisy, Liv, and Brogan hit the circle edge and delivered accurate feeds into the circle, centre pass after centre pass and to Charlotte who has been absolutely outstanding this season, embraced her switch of position from C to GD and has been a brick wall at the back.

For the U14B team Ella B worked tirelessly in defence, each match coming out with interception after interception and Sienna has now secured her position in the GS bib, even making some appearances in the A team. Lola, Bella and Macy were crucial to the U14C team and their success with Macy taking home the Players’ Player award which is always a special award to be received. 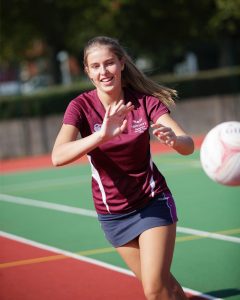 The 1st VII have not had a smooth season this year, but have shown progression throughout and were able to dig deep at crucial moments in their matches. Special mention to Donatella, Rosie and Sakura in the defensive end and Millie for her court craft in the attacking end. 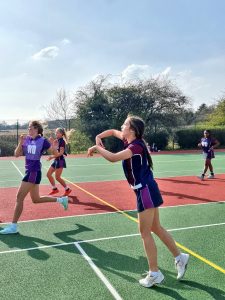 We bid farewell to or U6th leavers Megan, Daisy, Rosie, Rebecca, Lizzie, Gemma, Ylva, Chloe, Maddie, Elleson, Harriet and Katie. Words cannot describe the contribution they have made to the netball programme during their time at Haileybury and they will be sorely missed.

U12A & U13A teams finish their netball season unbeaten. Florence and Scarlett in particular have stood out in the U12A team for the endless interceptions and slick through court attacking play. They also played up for the U13As in their cup match which is a fantastic achievement. For the U13A team, Cate and Ella have produced outstanding performances and sharp shooting this term. 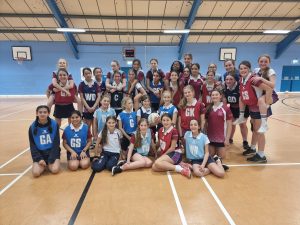 For the U12B team, Jaspreet displayed fantastic and confident shooting. Sophie and Emilia were a strong defending duo and Sophie also got a call up to the U12A team and turned over endless amounts of ball in defence.

Congratulations to Alban’s for winning the senior competition for a 3rd year in a row. After the first half it was level, but the Alban’s team turned it up a gear and Melvill could not respond in the final few minutes. Also, a huge congratulations to the newest house, Lawrence, storming into the junior final undefeated. The strong defence from Ade, Keli and Evie, and the sharp shooting from Daisy and Saskia was extremely difficult to stop. Well done, all!