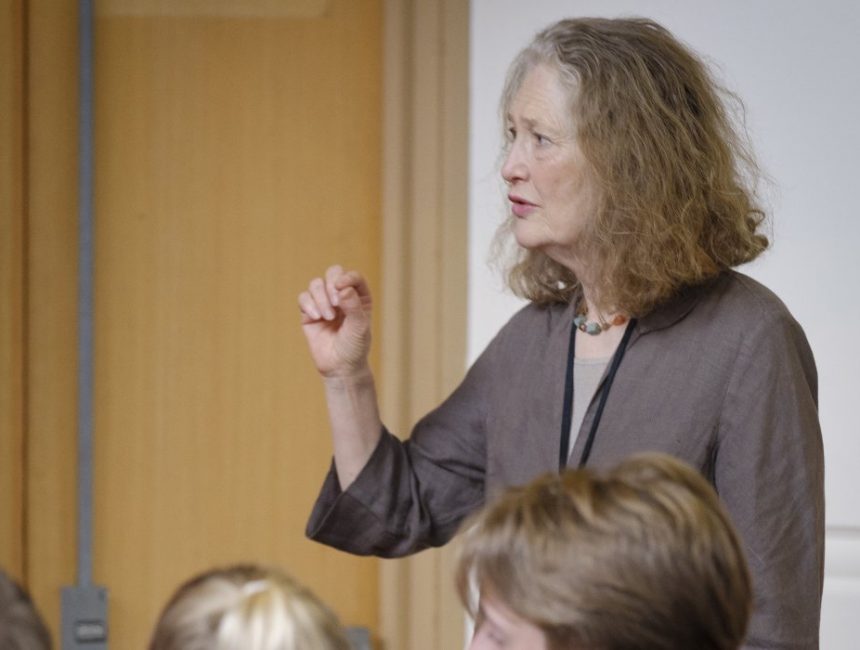 Haileybury’s Music Scholars had the chance to be coached by skilful soprano Dame Emma Kirkby in a vocal masterclass on Friday 11 May.

English soprano Dame Emma Kirkby is one of the world’s most renowned early music specialists. She has sung on more than 100 recordings and was awarded a DBE in 2007 and the Queen’s Medal for Music in 2011.

During the masterclass, some of Haileybury’s current and future music scholars performed a piece for Dame Emma Kirkby, who then offered her experience and expertise on how they could refine and improve it.

Haileybury’s Director of Music, Andrew O’Brien, said: “It was a privilege to welcome one of the UK’s national treasures, Dame Emma Kirkby, to Haileybury. The way she spoke to the pupils was outstanding and she really brought the best out of every individual, both on a performance and on a deeper intellectual level.”

With a theme of music being for everyone, pupils enjoy a rich and varied musical life at Haileybury, There are plenty of opportunities to get involved and to perform, including choirs, orchestras, wind band, concerts, recitals and musicals.

Over the past school year, pupils have had the opportunity to take part in masterclasses with members of the Regimental Band of H.M Irish Guards as well as the Principal Trombone for the London Symphony Orchestra, Dudley Bright.

Next month, classical pianist Stephen Hough will hold a piano masterclass at Haileybury in conjunction with the Hertfordshire Festival of Music.